Home » Blogs » BioWorld Perspectives » Human germline engineering: The mom’s not in the picture

Human germline engineering: The mom’s not in the picture 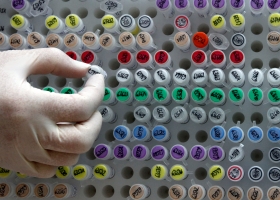 U.S. and British government agencies are moving toward enabling what would be the first clinical trials of what is, in effect, human germline engineering – genetic modifications that would be passed down through the generations.

The UK has published draft guidelines on legalizing mitochondria donation for public comment, and at the FDA, an advisory committee discussed “oocyte modification in assisted reproduction for the prevention of transmission of mitochondrial disease or treatment of infertility” for two days last week.

At the FDA’s meeting, advisory committee member John Gearhart lamented the media headlines on “designer babies,” saying that it was necessary to “proactively [and] prospectively” address such concerns to keep the discussion from going off the rails.

Such going off the rails, he said, would be “the same problem that clobbered us in stem cells for years and years.”

Well, I certainly agree that it’s good to be proactive with the media. Call me any time!

But I cannot agree that oocyte modification, underneath the surface, has all that much in common with stem cell research.

Stem cells are about exploring the potential of something that is not a person to benefit somebody who is a person, a person who is alive and suffering from disease here and now.

The goal of oocyte modification is to create the very person that is to benefit from the procedure. Ethically speaking, that’s a very different proposal.

To top it, off, what I’ve seen of the discussion has ignored a major swath of ethical questions – those that relate to the mothers.

First off, let me say what I’m not concerned about.

Don’t get me started on whether this is natural. I’d like to formally nominate “natural” as the most overrated concept in Western healthcare today. Natural childbirth was once among the biggest health risks women and babies faced. Romanticizing the natural a little less would do us all good. Give me human ingenuity over nature red in tooth and claw every time.

And while I do agree that both germline engineering and the health risks to any children that would be created using oocyte modification are real ethical and medical issues ‑ three-parent IVF really is different from regular IVF, and certainly from stem cell therapies, in creating genetically alterations that are passed down through generations – those issues have gotten an airing elsewhere and will continue to be discussed.

What’s notably absent in at least the lay public’s discussions, though, is the mothers.

As I was listening to the FDA’s advisory committee meeting on oocyte modification last week, several of the most thought-provoking moments of the proceedings came when Kearns-Sayre syndrome patient Sharon Reeder spoke from the patient’s perspective.

Diagnosed 14 years ago, Reeder had more than one emperor’s-new-clothes-type observation about oocyte modification for preventing mitochondrial disease in future generations.

For one thing, such prevention can only work for mothers who have been diagnosed. It took 16 years for Reeder to be diagnosed after her first symptoms appeared, and her diagnosis has evolved over the years. Given how differently mitochondrial disease presents, finding those who would benefit from oocyte modification is no trivial thing.

Even assuming that patients could be identified – which may indeed become easier as sequencing becomes more routine – the next question is whether what’s best for them is really to enable them to have children who share their nuclear DNA.

Oocyte modification does not cure anyone of anything. The children who will purportedly one day be in better health because of it only exist because of the technique in the first place, and their mothers will still have mitochondrial disease.

Because mitochondria are the energy producers of cells, the extra energy demands of pregnancy can make pregnancy extremely difficult and medically risky for women with mitochondrial disease, even for those who have had mild symptoms before pregnancy.

Then, whether the pregnancy has been difficult or easy, the women will have to face the demands of caring for a newborn. And the way the clinical trials were currently being envisioned, they would probably be taking care of that newborn in addition to an older disabled child.

I am not arguing that the science, or such pregnancies, should not proceed because of those risks to the mother. That is for the patients to say ‑ overall, permitting women to make decisions about their fertility is far better than the alternative.

But those arguing that this is nothing more than a way of expanding choice have to permit discussion – and might do well to ask themselves – about whether in the big picture, using germline engineering to encourage what can be dangerous pregnancies in chronically ill people is really the best way for options to be expanded for women with mitochondrial disease, their potential children, and society as a whole. Choices are not made in a vacuum. And not every choice is an equally good one.

At the advisory committee meeting, Reeder ‑ who has a son – took care to note that she sees the benefits of expanding the options, and understands how heartbreaking reproductive issues can be.

But she also said at one point that while listening to the meeting proceed, she had been thinking, “wouldn't it be great if all this research was about therapies to help those of us whose lives are severely affected by mitochondrial disease?"