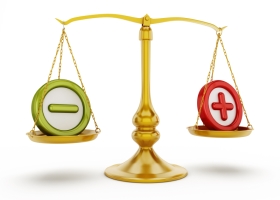 RIO DE JANEIRO – I was in college when I first read Ayn Rand’s Atlas Shrugged. Safe within the privileged and idealistic bubble of academia, I found myself agreeing with Rand at every turn, filled with the pro-capitalist and individualist spirit.  Why should those who work hard and are successful not be suitably rewarded for their efforts? For government to step in and limit those rewards was unfair and high-handed, socialistic even. I mean, the horror. (Did I mention I was in college?)

Fast forward a few years.  I was out of college and working – paying my dues as a reporter at a local newspaper at a very low salary – dealing with not only my own financial struggles, living month to month, but also frequently reporting on the plights of others. This time, when I attempted to reread the book that I deemed in college to be one of the greatest novels ever, I couldn’t even finish it. I found it heartless, selfish and Darwinistic in the extreme.

Looking on it now, I can easily see it from both perspectives. The problem is that it’s virtually impossible to reconcile the two.

I suffer the same cognitive dissonance when it comes to the topics of drug pricing and patient access. As an industry observer, I’m well aware of the stats – the decades of R&D, clinical trials and regulatory processes to get a single drug to market; the costs that can climb to the hundreds of millions and are continuing to escalate; the discouraging failure rate; and the disappointing commercial sales of many drugs that actually make it to market – so I agree that it makes sense for innovators to have a chance to recoup their investments on the winners.

At the same time, as a health care consumer, I think it’s outrageous what we have to shell out just for basic coverage, and as a human being, I believe everyone should have access to the best treatments, regardless of who they are or where the live, without plunging their families into debt or bankrupting the system. In a perfect world, that’s how it would be.

But the world isn’t perfect. And the U.S. isn’t the only country wrestling with this particular issue. During the recent BIO Latin America conference, data from the Brazilian pharmaceutical market showed a similar trend of rising costs. In his presentation, Renato Faro, research, development and innovation manager at Bionovis in Brazil, pointed out that, in 2010, biologic drugs comprised a mere 3.7 percent of the total pharmaceuticals in the country but represented 32 percent of the total pharmaceutical costs.

At that rate, Faro said, “we’re going to break the country.”

It’s a policy conundrum for every country. The topic reared its head again during a luncheon discussion moderated by BIO President and CEO Jim Greenwood on building successful biotech infrastructures, with representatives from the U.S., Canada, Switzerland and France weighing in, particularly on the topic of intellectual property protection.

Greenwood actually summed it up pretty well: “If you’re the innovator trying to attract capital investment, it’s gold,” he said of IP protection. But for those in less economically advantageous positions, IP protection is “the enemy,” keeping drug prices high and lower-cost generics off the market.

In the U.S., policymakers opted to make IP protection a priority.

“We make that choice,” said Albert Keyack, U.S. IP attaché for South America, adding that “drugs will be quote-unquote expensive” simply because so few of the products make it through to market. Without allowing innovators to recoup their investments, capital for further biotech efforts would dry up.

“It’s like that old line about eating your seed corn,” Keyack added. “Where’s the next innovation going to come from?”

And that’s the question, isn’t it? The next innovation: What will it be and who will fund it?

For my part, I think the industry needs to focus on innovation, not only in terms of scientific advances, but even more on innovative ways of making drug development way more efficient. Many efforts already are under way, including adaptive trial designs, open access and data-sharing solutions, various technology platforms focused on speeding drug optimization and selection and the establishment of groups such as Trancelerate Biopharma Inc., which aims to simplify and accelerate development through the collaboration of its big pharma members.

As an industry observer, I applaud those efforts. As a health care consumer, I will concede they are a good start. But we need to see more. A lot more.