The next episode of the American horror story 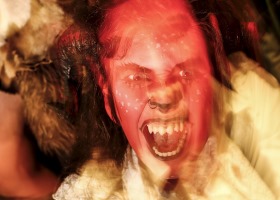 You’ve likely heard the terrified screams induced by the cost of pricey cancer drugs, Gilead Sciences Inc.’s twin hepatitis C therapies and Vertex’s cystic fibrosis breakthroughs. And you may have been rattled by the nightmarish predictions about how a new class of cholesterol-lowering drugs – PCSK9 inhibitors – is going to break the U.S. health care bank.

But those tales from the script are nowhere near as frightening as the potential price for the first effective new Alzheimer’s drug to hit the market.

Given the 99 percent fail rate of wannabe Alzheimer’s treatments and the dark shadow the disease casts on our country, a successful drugmaker could easily charge an arm and a leg or two for a drug that would, at the least, appreciably delay the onset or worsening of the memory-eating illness.

Think about it. The per regimen prices of Gilead’s hep C drugs, Sovaldi ($84,000) and Harvoni ($94,500), are being fingered as the bogeyman that’s increasing the Medicaid/Medicare drug spend and busting the budget this year at the Veterans Administration and many a state and federal prison system. Yet the drugs are only given for a matter of weeks. An Alzheimer’s drug could be an ongoing expense.

For a real spine-tingler, consider the numbers. Hepatitis C infects about 2,000 people a year in the U.S. As of 2013, anywhere from 24,000 to 101,000 people were infected, according to the Centers for Disease Control and Prevention, and the virus claimed more than 19,000 lives that year.

The stats for Alzheimer’s, the No. 6 cause of death in the U.S., are much more gruesome. About 700,000 Americans are expected to die from the disease this year, according to the Alzheimer’s Association. Currently, 5.3 million people in the U.S. have Alzheimer’s. Unless there’s a breakthrough soon, that number is expected to soar to 7.1 million in 10 years.

Making those numbers even scarier is the ongoing cost of caring for Americans with Alzheimer’s and other dementias. That’s expected to add up to $226 billion this year alone, not including the loss of productivity from family members who take care of loved ones with the disease. That’s seven times greater than the entire NIH budget and 354 times greater than the $638 million the NIH is spending this year on Alzheimer’s research.

Unless a cure or effective treatment is found, the cost of care is expected to hit $1.1 trillion in 35 years. Now that is truly frightening.

But that’s not the number that will curdle people’s blood, send shivers up their back or have their hair standing on end. Their panicked frenzy will be aimed at the price of a breakthrough cure or treatment. They will shout about the government funding that went into Alzheimer’s research. They will demand that such drugs be deemed a public good. They will depict you, the biopharma industry, as an insatiable, many-headed monster out to devour the world.

In their fight for “justice,” they will forget the long, harrowing decades when there was no effective Alzheimer’s treatment, the despair of patients and their families facing a bleak, uncertain future.

They will ignore the billions of private dollars invested in research to fight the scourge of the disease. They will overlook the need to fund continued research to finally end its reign of terror. And they will be oblivious to all the false starts, all the dashed hopes, all the costly failed trials that went before.