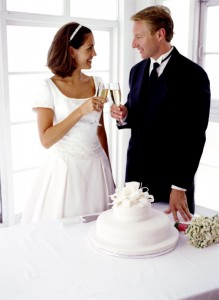 Marriage is both heaven and hell. So it goes with people and so it goes with biotech firms racing to bring new drugs to market. Faced with up to $1 billion to bring a drug from idea to patient, funding more than a decade of work is a complicated affair, especially amid these weak market conditions.

Just as people enter courtships and marriages with different hopes and long-term game plans, biotechs hope for long honeymoons, but are smacked with real-life challenges.

BioWorld Today relays news of countless deals gone sour, mostly when drugs don’t pass muster. But sometimes it’s because the deal wasn’t properly vetted. Our Washington editor, Mari Serebrov, recently wrote an article for BioWorld Insight on the horror stories of how firms spend millions and billions of dollars only to find out that their new partner didn’t have clear ownership of the intellectual property. “The problem is too many companies aren’t learning that lesson before they walk down the aisle,” Serebrov wrote. “Pressed by competition from other suitors, the bottom line and the fast pace of dealmaking, they forget that beauty, even in business deals, may be only skin deep.”

Fearful of matrimony (or just unable to land a date), some biotechs go solo. But faced with a lack of traditional financing options these days, these biotech bachelors and bachelorettes increasingly are turning to an “alternative financing bag of tricks,” as BioWorld Assistant Managing Editor Jennifer Boggs wrote recently in BioWorld Insight. These range from rights offerings and selling royalty streams to grants and at-the-market offerings. But none of these options draw enough money to fund costly R&D programs for long, with a series of fundraisings that must ensue over and over again.

Little start-up Nimbus Discovery LLC (with a computational drug discovery model that attracted heavyweight investor Bill Gates, of Microsoft fame) however, might be on to one of the best new models to stay funded . . . multiple partners. That may not be so Kosher among many cultures for people (shades of Big Love or Sister Wives?), but it could be the true answer for savvy biotechs. Rather than banking successive investments from various sources on a decade-long hope for a successful exit, Nimbus is placing its three programs each into separate units, gambling that it will have a better chance of being able to monetize each one as a standalone.

What’s different about the Nimbus strategy? In fact, a lot of firms have multiple partners –Seattle Genetics has a dozen deals involving its platform technologies and other firms have multiple deals for a single product across different regional areas. Nimbus’ strategy is focused on M&A. By operating as a holding company, they’re hoping to attract a big pharma to buy those single-asset entities. That way, Nimbus gets to divest a product early after Phase I or so without having to convince big pharma to buy the whole shebang.

Divide and conquer? Don’t put all your eggs in one basket? Can I think of one more lame saying? You get the idea. We’ll see how it goes for Nimbus over the long haul. Diversification makes sense for personal investments – why not fledgling biotechs too? Most people, however, might not be so amenable to plural marriage, despite the drama and reality shows of late.