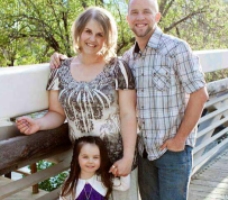 Too often, drugmakers confuse convenience with quality of life, investing untold R&D resources in devising longer-acting formulations and then calling it “innovation.” The only innovation is in how it fends off competition by extending their patent protection.

Such “advances” ignore what truly matters to patients. For cancer patients who are so weakened by drugs that they don’t have the strength to roll over in bed or get out of a chair, taking a medicine once a day or twice a day makes no difference. All they want is their life back. They want to have the strength to hug their children, to be able to feel the sun warming their skin, to take just one small step without the fear of falling. Mere survival is not enough. They want to live.

Four years ago, I introduced you to my niece Jaymi, who was battling Hodgkins. Jaymi died Sunday. She was 27. After 13 years of fighting Hodgkins and enduring three transplants, full-body radiation, and round after round of chemo and steroid treatments, Jaymi, pictured here with her husband and daughter, was declared cancer-free a few weeks ago. She died of a sudden brain bleed, a result of her extensive drug regimen. She survived the cancer, but she couldn’t survive the drugs that were used to drive it away.

Jaymi’s latest ordeal, her third transplant, started in May, just a few days after she graduated with highest honors with her MBA in accounting. For as long as she still had the strength to press the keys on her computer, she wrote a blog, Something Beautiful, detailing her experience. She intended the blog to be inspirational and meaningful. It is – just not in the way she had imagined. The deterioration of her life as the drugs wreaked havoc on her body is a hard, yet revealing, read.

“My hands can barely move. And this intense, impending sadness is settling over me, and I want to stop right now,” she said in her last post to Something Beautiful. “But this is why I am writing this post. To get it out. To let someone know. Because it is real. I am beyond broken. I have contemplated suicide, laid in bed and willed myself to cease existing, felt like I would literally break into pieces of sadness and sickness because my brain is still here, and my body is so far gone and there is absolutely nothing I can do about it.

“The past couple weeks have been nothing but decline and bad news, and I am at my wit's end. I have never been in this place before. I no longer fear death. I can see the beauty of it. I have never, ever reached such a point in my life. I wish for it. I wish I had never had this transplant. I wish I had taken the few years I had left and lived my life rather than let my daughter become my caretaker, my husband my lifeline who must do every small task set before me other than put food in my mouth. And that may come next.”

More than a month after that heart-wrenching post, Jaymi got the news that the cancer was gone. She had asked for an antidepressant and was recognizing each little step forward as a life-changing victory. “A few weeks ago, I could literally barely move, and now I can climb up onto a curb [with a walker]. Yes, it is a small step, literally and figuratively, but it is a step. And I will continue to revel in what seem to be small victories, because they will eventually win the war that leads me back to myself,” she said in a Facebook post last month.

“All-in-all, life is far from perfect. I am nowhere near who or what I want to be. But it is getting better every day, and it will continue to do so as long as I am willing to get up and work for it,” she wrote.

Unfortunately, her can-do attitude that had gotten her over so many hurdles wasn’t enough to fight the final blow.

As I try to make sense of the last chapter of Jaymi’s life, I wonder how much further we would be in our fight against cancer and other traumatic diseases if drugmakers understood the difference between convenience and true quality of life. Of survival vs. living. I also wonder how many more real cures we would have today if they had invested their R&D resources in true innovation rather than in patent-extending convenience formulations.

For all the Jaymis who are fighting to live, let’s get our priorities right.