Home » Blogs » BioWorld Perspectives » Rules of the PAP road not always clear, even to seasoned travelers

Rules of the PAP road not always clear, even to seasoned travelers 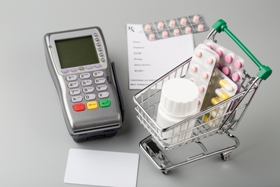 As a veteran health care journalist, I appreciate the need for biopharmas to recoup R&D costs and to operate profitably, so it’s hardly surprising to me when newly approved drugs are priced at a premium. But I’m also a consumer and a caregiver. In the context of those roles, the convoluted prescription drug supply chain with its multitude of handoffs seems purposely designed to obscure the true cost of branded drugs and, in turn, the true value of patient assistance programs (PAPs).

The mysteries of drug pricing and efforts to mitigate patient out-of-pocket costs through PAPs hit home at the same time the BioWorld team was conducting research for our series examining these programs. My husband, Chuck, has epilepsy. His seizures began in high school following a head injury during a soccer game. Though he takes multiple anticonvulsants and underwent epilepsy surgery more 20 years ago, he’s never been seizure-free.

He declined over the years to try certain anticonvulsants, worried about the potential side effects. One that he did try, Keppra (levetiractam, UCB SA), improved his seizure control but caused moodiness and irritability – known side effects. One morning he awoke so agitated that I was genuinely frightened. That was the end of the line for Keppra in his drug regimen.

When Briviact (brivaracetam, UCB) was approved by the FDA earlier this year, I was curious about the similarities – and differences – to Keppra. At the time, Jacqueline French, professor of neurology as well as director of translational research and clinical trials at the New York University Langone Comprehensive Epilepsy Center, told Randy Osborne, "We have patients who [said Keppra] was a miracle drug but they couldn't stay on it" – a comment that seemed to reflect Chuck’s experience. Investigators were hopeful the next-generation drug, designed to treat partial onset seizures, might offer a more effective therapy without the onerous side effects.

When Briviact was commercialized, Chuck’s neurologist suggested that he consider it. Chuck agreed, and his doctor provided a month’s worth of samples, directions for increasing to a therapeutic dose, a prescription to fill at the pharmacy and a slick marketing brochure that included a patient savings card.

We’d never used a savings card but welcomed the opportunity. Like most individuals with chronic health care needs, Chuck uses multiple medications. Most are generics, but he uses branded Dilantin – a mainstay of epilepsy treatment – because he’s been unable to tolerate generic forms of phenytoin. And that has cost us plenty. Pfizer Inc., the manufacturer of Dilantin, raised prices on the branded drug by approximately 20 percent this year, and the copay under our prescription savings plan more than doubled – from approximately $83 for a 90-day supply last year to $205 for the same quantity this year.

Eligibility for the Briviact savings card was my first question. My husband, who was employed for more than 30 years before developing additional neurological challenges, is on long-term disability, including Social Security disability, and enrolled in Medicare. His primary medical coverage and his only prescription drug coverage, however, come from his enrollment as my spouse in my employer’s health plan.

Medicare recipients enrolled in Part B or D prescription drug plans are ineligible for any type of PAP savings card or coupon, as Mari Serebrov reported in her PAP story on those programs. But the rules governing Medicare eligibles and enrollees who don’t have prescription drug coverage under that or another government plan are a bit nebulous.

“If any government dollars are paying for a portion of the drug, the patient can’t use a coupon or any other PAP intended to reduce or eliminate the copay,” Serebrov explained. “Thus, Medicare beneficiaries who are not enrolled in a Part D plan can theoretically use a coupon or savings card for a prescription drug purchased at a pharmacy. This also can be an issue with Part B drugs used in a doctor’s office, as several companies issue coupons for those drugs.”

Some drug manufacturers impose other restrictions, she added. For instance, Sandoz restricts its One Source Copay program for Zarxio, a Part B drug, to patients under 65.

The fine print on the Briviact card categorically stated that patients with Medicare Part D coverage and those on Medigap, Medicaid, state pharmaceutical assistance programs, Tricare and other government programs were ineligible to use the savings program, designed to cover up to $100 toward a patient’s out-of-pocket expenses on a 30-day supply of the drug after a patient copay of at least $20.

Chuck was not enrolled in any of those programs and, it seemed, eligible to use the savings card. But there was another catch. Briviact was not on the formulary established by CVS/Caremark, a unit of CVS Health, one of the nation’s largest integrated pharmacy benefit managers (PBM), for our company’s prescription drug program. When we went to CVS to have the prescription filled, the savings card was rejected because the drug was not on the formulary. We would be responsible for the entire retail cost of two pills a day, or $901 for a 30-day supply. We were looking at a prescription drug bill of $10,812 over one year for a single medication.

Per the rules established by CVS/Caremark, Chuck’s neurologist dispatched a letter of medical necessity, which CVS/Caremark promptly refused. The denial letter stated, in part, “Your plan-approved criteria covers this drug when the patient has tried and had an inadequate treatment response, intolerance or contraindication to all formulary alternatives for the given diagnosis (or to at least 1 agent within each of a given class of agents when more than 1 class is available for the diagnosis), or when the drug is the only product the patient can use for their condition. Your use of this drug does not meet the requirement.”

At a follow-up appointment two weeks later to assess Chuck’s initial response to the Briviact, we discussed the denial of coverage. Considering Chuck’s positive initial response to Briviact, his doctor decided to call CVS/Caremark directly. A week later, Chuck was notified that coverage was approved for one year, provided he remained in the prescription drug plan with no changes in his benefits.

The experience was both illuminating and unsettling. On the one hand, the episode lent certain credibility to the industry’s argument that PBMs and payers call the shots on patient access to medications and the final bill they pay. Drug development is an exercise in futility if the end products are out of reach of the very patients for whom they were intended.

But biopharma isn’t blameless. The industry must quickly confront both the pricing of new drugs and the rampant inflation in branded drugs, and not just through the provision of a PAP.

Chuck and I don’t know if Briviact will improve his seizure control over the long term. His doctor can’t say, either, any more than the most knowledgeable investigator can predict how any given participant will respond in a clinical trial. The early weeks have been positive, and we’re optimistic.

But in our little microcosm of the enormous constellation of patients who face all description of acute, chronic, debilitating and life-threatening diseases, I do know that an out-of-pocket expense of $10,812 per year for one drug – which we could be facing just a few years down the road – is likely not sustainable. And if Briviact should work for Chuck, that would be the real tragedy.