Drug quality from a patient’s perspective 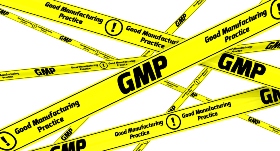 A few years ago when I was a cancer patient hooked up to an I.V. drip for three to four hours every two weeks, I found reading those warning letters a horrifying experience. With a cocktail of generic and brand drugs coming from who knows where being pumped into the port resting a few inches from my heart, I cringed at the thought of what might be entering my vein. Especially when a company excused the scouring pad fibers and insect pieces as being “within the acceptable range.”

Yes, I knew the FDA inspected manufacturing facilities, but it gave me little comfort. Those inspections could be few and far between, given the agency’s limited resources and its expanding responsibilities across the world. According to the Government Accountability Office, one-third of foreign manufacturing plants and 14 percent of the plants in the U.S. had never been inspected. And it can take the FDA months or even years to become aware of and respond to unsanitary manufacturing conditions. Thus, I wasn’t 100 percent confident about the quality of the saline, steroids and chemo drugs dripping into my port.

Before chemo began, I did my research. I read the oncologist’s printouts on every drug he planned to use. I found more information online. I asked my oncologist questions and sought out second opinions from nationally recognized cancer experts on potential side effects and contraindications.

But there was one thing I couldn’t do – protect myself from a contaminated drug. There was nothing to tell me who had made the API or which manufacturing plants had produced the finished drugs I was being given. I had no idea if those plants had been inspected within the past decade, if they had addressed shortcomings the inspectors pointed out or if they had outstanding warning letters citing serious quality problems. And if the FDA issued a safety alert involving a specific manufacturer and batch or lot numbers, I wouldn’t know whether it should be a cause for alarm.

I could only trust.

Trust that someone in my doctor’s office had been informed of the alert and diligently checked the inventory, before I arrived for my infusion or shot. Trust that the FDA had done a recent inspection at the facilities making my drugs. Trust that it had already acted on any issues it found. (As BioWorld has reported, it can be up to a year before the FDA takes action against manufacturing plants with serious problems.) Trust that the drug companies took those issues seriously and were forthcoming with problems that had come up since their last inspection. Trust that the employees at the manufacturing plants knew, and cared, that my life was literally in their hands.

Ironically, while I was on chemo, the FDA put out a notice about a recall of certain organic frozen meals containing spinach that may have been contaminated with Listeria monocytogenes, an organism that can be fatal for people with weakened immune systems. In other words, people like me.

Because I had the brand, the name of the manufacturer, bar codes, lot numbers and expiration dates, I knew the recall could affect me. I had two of those meals in my freezer. In fact, I had been planning to have one of them for dinner that night. Instead, my husband returned the dinners to the store, which had just posted signs about the recall in its frozen foods section for everybody to see.