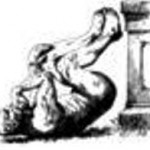 What did the productive procrastinator say to the beetle on the beer bottle? “Oh, you won an Ig Nobel Prize, too!”

That’s right. One of my favorite parts of the science awards season has arrived: Yesterday, another crop of Ig Nobel winners was announced.

This year’s crop of Ig Nobel-worthy findings included the fact that yawning is not contagious in turtles; that the best way to procrastinate on something important is to avoid it by doing something else that is also important; and that the problem of illegally parked luxury cars can be solved by running them over with an armored tank, demonstrated rather spectacularly by the mayor of Vilnius. The latter finding, somewhat counter intuitively, received a Peace Prize – I might have guessed economics.

I love the Ig Nobels because they are so very good at what they set out to do: honor research that “first makes people laugh, and then makes them think.”

Really, that’s not bad advice for being effective. Speaking at the Lasker Awards ceremony last week, New York Mayor Michael Bloomberg – who won the public service award – went for laughs in his acceptance speech by dryly noting that public service – in his case in the form of draconian antismoking laws – comes with a lot of pushback for keeping people from trying to kill themselves.

Really, he was making the same point as Vilnius mayor Arturas Zuokas was: to protect what’s best for the public, sometimes you have to be willing to make enemies. (Though I suspect that Bloomberg still has a lot more friends that Zuokas does.)

Another thing about the Ig Nobels that sometimes gets lost in the giggling is that they honor good research. One of last year’s Nobel Prize winners, Andrew Geim, who won the 2010 Nobel Prize in Physics for his experiments on graphene, was an IgNobel winner in 2000, when he and a colleague used magnets to levitate a frog.

On Monday, this year’s Nobel Prize announcements will start, like every year, with the Nobel Prize for physiology and medicine. They will most likely be Lasker winners – almost all of the past 15 years’ Nobelists have been. Maybe it will be Brian Druker, Charles Sawyers, and Nicholas Lyson, the folks who brought us Gleevec. They are Lasker winners, they are predicted as favorites by at least one poll, and they certainly, certainly deserve it.

But in my heart of hearts, I’m hoping for Bart Knols and Ruurd de Jong, 2006 IgNobel winners for their research into the sense of smell of the malaria parasite-carrying Anopheles mosquito.

And one more hint: if you plan to watch the announcement live at around 5:30 a.m. ET come Monday, you might make good use of 2005 Economics winner Gauri Nanda’s invention: “an alarm clock that runs away and hides, repeatedly, thus ensuring that people DO get out of bed, and thus theoretically adding many productive hours to the workday.”