Home » Blogs » BioWorld Perspectives » The Small IPO: Not Dead Yet? Regulation A Debated

The Small IPO: Not Dead Yet? Regulation A Debated 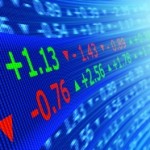 The biotech industry has long known it’s getting harder and harder for a small company to go public.

As John Craighead, managing director of investor relations and business development for the Biotechnology Industry Organization, said during a recent conference, about two-thirds of the biotech initial public offerings (IPO) in 2000 were preclinical. Today however, even clinical-stage firms struggle to get public. With the exception of last week’s pricing by Clovis Oncology Inc., every biotech IPO this year has taken a haircut on price.

Small biotechs are not the only ones suffering. At an SEC forum on small company capital formation last week, John Coffee, Jr., of Columbia University Law School, presented data on how small IPOs have disappeared across all industries:

Why does that matter? According to Coffee:

Because some prominent high tech companies – Intel, Amgen, Oracle, Cisco, Starbucks and Yahoo – did IPOs of under $50 million, an understandable concern arises that the disappearance of small IPOs implies that the U.S. is today unable to provide equity finance to precisely the smaller companies that historically have fueled job creation.

This week’s issue of BioWorld Insight takes a deep dive into H.R. 1070, the bill predicted to have the most immediate impact on biotech by raising the Regulation A exemption from $5 million to $50 million, essentially allowing private firms to raise money publicly and trade their shares over the counter without going through the pricey IPO process.

Coffee acknowledged that H.R. 1070 is “the best crafted of the pending bills,” but he (and others, as the BioWorld Insight article explores) question whether or not companies will use it, and whether or not there is sufficient buy-side demand to support broad use. The demand issue is also relevant to H.R. 2930, the crowdfunding bill – which BioWorld Insight will explore next week. Stay tuned!