Home » Blogs » BioWorld Perspectives » Defining Specialty Pharma: What is it, Can it Innovate, and Does it Matter?

Defining Specialty Pharma: What is it, Can it Innovate, and Does it Matter? 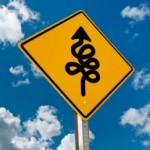 The article I wrote last week for FierceBiotech on the relationship between Series A funding and innovation led to an interesting discussion with Bruce Booth, partner at Atlas Venture and biotech blogger extraordinaire.

The crux of my article was this: We (as an industry) obsess over funding for innovative start-ups because we worry that one day, big pharma will look around and realize they’ve run out of assets to in-license. So we need to look not only at the amount of Series A funding biotech raise, but at which biotechs are raising it, and whether they are really doing innovative work.

BioWorld columnist Cynthia Robbins-Roth addressed this in an analysis showing that while the percentage of Series A money going into so-called specialty pharma firms rose from 29 percent in 2010 to 42 percent in 2011, it is still down significantly from 70 percent in 2006. That would seem to indicate that, on the whole, VCs are investing in more innovative start-ups now than they were five years ago.

But as I point out in the article, the definition of specialty pharma is nebulous, at best. Robbins-Roth generally included firms that are reformulating an existing compound and those that licensed an existing compound from someone else. Her examples included Civitas Therapeutics Inc., PanOptica Inc., Ultragenyx Pharmaceutical Inc. and others. But Booth argued startups that in-license assets targeting novel, unprecedented mechanisms shouldn't be bucketed as "low risk" specialty pharma. For instance, he said Atlas' Arteaus Therapeutics LLC shouldn’t be classified as specialty pharma, even though it in-licensed its lead antibody, because that antibody is first-in-class.

I can see his point. If a biotech is developing an asset likely to attract a big pharma deal and have a significant impact on patients, does the fact that they did not discover it in house make them specialty pharma? What is specialty pharma, anyway?

Booth posed the question to the twitterverse, and got a wide range of opinions on the line between biotech and specialty pharma:

Booth concluded that while back in 2004 to 2006, specialty pharma was often used to refer to companies that were looking to decrease molecule risk by reformulating an existing compound, the definition has “worn out its use in the world.”

*Special thanks to @LifeSciVC for helping gather tweets and for starting the debate!