Home » Blogs » BioWorld Perspectives » ‘Final Chapter’ on XMRV? Good Luck With That One

‘Final Chapter’ on XMRV? Good Luck With That One 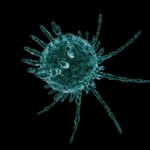 Viruses are on the border between living and dead. So are the theories about what some of them cause.

The scientific journals consider the matter settled with these studies. In theirs new sections, Nature and PLoS ONE wrote about “the nail in XMRV’s coffin” and “The Final Chapter on XMRV and Prostate Cancer.”

Actually, the link between XMRV and prostate cancer may be laid to rest fairly easily. That disease doesn’t seem to engender the same level of emotion about what causes it as CFS does, and certainly, if it’s a made up disease, it is made up by the screening guidelines. No one accuses men of prostate cancer being all in their imaginations.

For the link between XMRV and CFS, I would not be too surprised if rather than dying, it ends up being one of those unfortunate, undead beliefs, like the autism-vaccine link.

Notably, several of the questions at the press conference where W. Ian Lipkin and his team announced the lack of a link between centered on whether the connection might, in fact be there, but in places unseen by the scientists. Could it be in the other organs rather than blood? Could there be an interaction with host genotype? These are exactly the kind of possibilities that vaccine skeptics love to bring up about autism – and that are impossible to truly disprove. There is always some angle you haven’t looked at.

If the team around Lipkin meets with more success with truly laying the notion of a link between XMRV and CFS to rest than the autism–vaccine contingent, it may be not because of the quality of their data. Instead, the key may lie in the study’s second author Judy Mikovits, whose team published the original paper claiming a link.

Judy Mikovits has gone to some lengths to defend her theory and her data; at one point, she spent five days in jail for stealing lab equipment and data. She has lost her position at Whittemore Peterson Institute over her conduct in the aftermath of the study, and her affiliation on the paper is listed as “Mikovits Consulting.”

But unlike Andrew Wakefield, who first championed the link between vaccines and autism and has steadfastly refused to let the facts get in the way of his opinion, Mikovits was willing to rigorously test her own theory, along scientists who disagreed with her – and to let the data convince her that her original idea was wrong.

In one sense, this is what scientists do. But she is doing it well, and she deserves kudos for that.