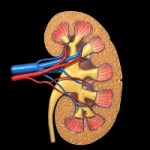 I was on the phone last week with Rick Andrews, president and CEO of Thrasos, about acute kidney injury (AKI), and how it’s no longer called “acute renal failure,” the latter phrase having been scrapped in recent years.

Cynics might claim it’s something the drug companies invented, so they can pump more chemicals into people earlier. But the idea, Andrews said, is to express that kidney trouble appears along a continuum, and pre-shutdown symptoms need to be handled promptly, because they create big woes on their own. Woes that might be lucratively attacked by the likes of Thrasos, with its lead compound THR-184, which is nearing Phase II.

Ransacking the BioWorld database, I found “acute renal failure” tapering off in 2008. It vanished in 2009, with the use of “AKI” rising as fast as creatinine levels in an afflicted patient, as more companies joined the race. So many that I missed one in the BioWorld Today story I wrote on Thrasos and its $35 million financing.

That would be Novartis AG, which more than two years ago tapped privately held Quark Pharmaceuticals Inc. for QPI-1002, a p53 temporary inhibitor siRNA drug that targets AKI. Novartis stepped in at the typical Phase II stage, forking over a cautious $10 million up front but promising up to $680 million more if QPI-1002 proves out. “I don’t know much about their compound, haven’t heard much,” Andrews said, also normal for pharma.

Like much clinical work, that with QPI-1002 focuses on cardiac patients, even though they represent only about 20 percent of AKI. Would-be competitors for Thrasos are doing the same: Abbott (which bought Dutch firm Action Pharma A/S earlier this year to get the Phase II AKI compound AP214) and Allocure Inc. (with ACT-AKI, a mesenchymal stem cell therapy, also in Phase II).

It’s just easier to design a trial around the cardiac patients and get “cleaner” data, compared with, say, the awful-outcome sepsis setting, which makes up another 20 percent of AKI. Drug toxicity and general surgery comprise much of the rest.

Andrews said the latest funding “better get me through Phase II, or my board will have a serious talk with me,” adding that he “fully expects” the cash on hand will pay for a dosing Phase II study and a confirmatory one.

At that point, given success, Thrasos – which means “boldness” in Greek – could find itself sprinting to the head of the AKI pack, especially if it has the luck to lure a pharma player of the Novartis or Abbott caliber to continue work with THR-184, a small peptide that selectively activates certain receptors of bone morphogenetic proteins.

Or to buy whole outfit. THR-184’s mechanism looks at least as worthy as siRNA and stem cells. AP214, the drug that drew Abbott to the table with Action, is a first-in-class alpha-MSH peptide derivative, and somewhat harder to weigh. But Thrasos’ chances look good. Come the end of Phase II, maybe Andrews will be having talks with his board about something else.