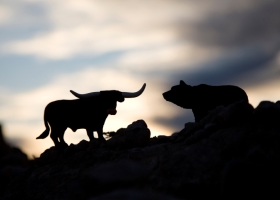 Although it’s taken more than two years, biotech pessimists finally got to utter the phrase, “I told you so!” Yes, it finally arrived – a slip in the sector’s meteoric rise that saw, late in the first quarter, a drop in its collective valuation of around 12 percent. Not much in the scheme of things when you consider that the BioWorld Blue Chip Biotech Index, a price-weighted index that includes 19 of the top biotechnology companies as rated by market cap, remains up 86 percent since the beginning of 2013.

Nevertheless, biotech’s fall was enough to sharpen the pins of biotech’s bubbleologists who seem more than happy to glide on the air rushing out from the industry’s deflating balloon.

For those of us who have been following this fascinating business since the early 1980’s we have witnessed the ebb and flow of biotech’s fortunes. Typically, they  have been inexorably linked to the opening and closing of several initial public offering (IPO) windows. If closed, the sector as a whole would take a beating as investor’s would literally cut and run, only destined to return when the next biotech IPO window cracked open again.

However, it’s my opinion that this boom and bust cycle actually ended following the meltdown in the global financial markets six years ago. Once the crisis alleviated, companies soon learned that they had entered an entirely new era in which investment capital was going to be much more difficult to attract. Companies with limited cash had to triage their operations to fit resources in order to survive.

Business plans needed to be adjusted to match the evolving risk-averse environment that began literally in October 2008 following the wild swings in the Dow Jones Industrial average.

Biotechs that survived this turbulent period and those that evolved since have all contributed to, what is today, a much stronger and sustainable industry. The investor community has also learned a valuable lesson through this evolutionary process. They recognize the important metrics that are required in order for a biotech company to achieve success.

As a consequence, no longer will the state of the biotech IPO window be a major contributing factor in investors’ decisions.

As such the talk of a biotech bubble is misplaced in my view. Sure, the biotech market correction has caused some nervousness, but this has not led to the massive exodus from the space we last witnessed during the bursting of the biotech genomics bubble in 2000.

Also, according to bubbleology theory, the IPO window should be closed by now. Nothing could be further from reality. It is still wide open. The pace of biotech IPOs was predicted to slow down after the 42 global new issues that were completed last year. Surprise. It’s still wide open. With 28 companies completing their IPOs in the first quarter and, according to BioWorld Snapshots, there are currently 19 companies on the biotech runway with more predicted to join, it certainly looks as though last year’s IPO record will be beaten.

The post-market meltdown in biotech stock values witnessed toward the end of the first quarter certainly didn’t faze the appetite of U.S. investors for new issues either. Versartis Inc., for example, was the top U.S. priced IPO near the end of the quarter at $21 a share – the high end of a range – to raise $126 million.

While some volatility may be upon us currently, expect biotech to push forward again once investors have had time to digest the first quarter earnings from the sector’s blue chip companies.

Then, the bears will go back into hibernation.