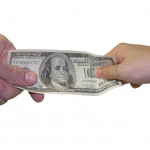 But the news isn’t all bad – not for biotech anyway. Of 474 terminated alliances in Recap's database (which goes back to 1977), 55 percent of the drugs are still alive. And 42 percent of those have been re-partnered. So overall, a dumped drug has nearly a one-in-four chance of finding a new home.