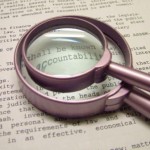 Disclosure and transparency. They’re recurring themes often sung by lawmakers and critics who would have us believe that even the gift of a drug-labeled pen will put doctors and medical students under the influence of biopharma.

What you haven’t heard are demands that biopharma critics disclose where they get their funding. And when’s the last time you heard a senator disclose relevant stock holdings or campaign contributions before speaking at a Senate hearing, introducing a new bill or signing on to legislation as a sponsor?

Yes, our lawmakers are supposed to disclose all of this in their financial statements. But biopharma payments to physicians and researchers are equally available – through the disclosures industry is required to make. So what’s the difference? Are we to believe our lawmakers are immune to this influence that so “taints” our medical professionals?

If transparency is the goal, then everyone, including lawmakers and critics, needs to be held to the same standards of disclosure.