It’s Time for Biopharma to Speak Up 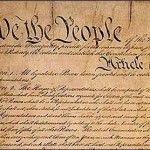 Free speech. Most of us take it for granted. Unless you’re a drug company, that is. Since the FDA doesn’t trust biopharma when it comes to drug promotion, the agency believes that, as the watchdog of public health, it’s justified in curtailing drugmakers’ First Amendment rights.

The FDA has put teeth to its leash on speech by issuing warning letters, which can block pending drug approvals in the U.S. and abroad. In what it considers more egregious cases, the agency turns speech violations over to the Justice Department to prosecute.

As we reported in BioWorld Today, several companies, rather than facing the possible wrath of the FDA, pulled their corporate and softly branded pages from Facebook this month when that site changed its “whitelisting” policy to force two-way communication. Some drugmakers said the lack of long-promised FDA guidance on social media led to their decision.

By waiting for agency guidance, biopharma is tacitly agreeing that the government has the right to control industry speech. And it’s missing an invaluable opportunity to engage in a meaningful dialogue about public health issues and demonstrate that it can be a responsible corporate citizen.