A Little Bit of Certainty Could Go a Long Way 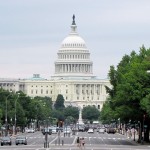 Regulatory certainty. It’s something industry needs and investors want to see. It’s also one of the drivers for job creation. But it’s something our government doesn’t seem to get.

Take the president’s repeated call for shorter data exclusivity for biologics, beginning in 2012. Just last year, Congress made 12 years the law of the land. Changing it now is a) premature, b) unnecessary and c) absolutely pointless. As we’ve reported in BioWorld Today, the FDA is not ready to be deluged with biosimilar applications. And the biosimilar user fees that will pay for the path won’t even be in place until 2013.

So what’s to be gained by reducing the exclusivity? In his debt-reduction plan, the president claimed a seven-year exclusivity would result in $3.5 billion in savings to government programs over the next 10 years because it would speed the launch of cheaper biosimilars. But when he made the same proposal seven months ago, he said it would save $2.34 billion. (Is it just me, or does that $1.16 billion discrepancy suggest some uncertainty?)

In another bit of double-speak in the debt-reduction plan, the president explained the need to reduce Medicare spending, saying that despite the efforts made in the Affordable Care Act, the Medicare trustees “still estimate” the trust fund will be exhausted in 13 years. He adds that his proposals, which would save about $224 billion over 10 years, will protect beneficiaries and “strengthen Medicare overall.”

A few sentences later, we learn just how certain Medicare’s future will be if the president’s plan is enacted: “These measures are expected to extend the solvency of the . . . trust fund by about three years” (emphasis added).

Kicking the can down the road a few years offers little in the way of certainty, especially when the government keeps changing the rules. “Living within our means” isn’t just about dollars. It’s also about long-term reform that industry, and patients, can bank on.