The Death of ‘Innocent Until Proven Guilty’? 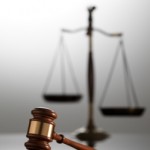 Unlike every other country in the world at the time, the U.S. founded its judicial system on the premise “innocent until proven guilty.” Under that guiding principle, the burden of proof – in any enforcement action – lies with the government.

That principle has served the nation well for nearly 250 years. But now the FDA is seeking a congressional blessing to change it, under the guise of drug safety. Testifying before a House subcommittee last week, the FDA’s Janet Woodcock noted the stress placed on the agency because it bears the burden of proof when it comes to the safety of imported drugs.

Basing her request on “what other countries do,” Woodcock said the FDA needed the authority to require companies to prove their products are safe before they are allowed to cross our borders. In other words, the FDA would assume every company sending products to the U.S. is guilty of violating its standards and regulations. It would be up to the company to prove its innocence.

Woodcock’s testimony seemed to fall on sympathetic ears, as members of the subcommittee shuddered at the possibility of another heparin fiasco. No one questioned the constitutionality of moving the burden of proof from the government to the individual or company, which essentially would make the FDA the police officer, prosecutor, and judge and jury on drug imports.

Neither did they question the FDA’s justification for changing the linchpin of the U.S. judicial system. Yet any parent could tell them that “everyone else is doing it” is rarely an acceptable excuse.

Yes, drug safety can be a life-threatening issue. But it can be addressed without selling out our nation’s foundational principles. For starters, Congress could give the FDA the resources and tools it needs to police the nation’s drug supply. It could require inclusive pedigrees for every drug sold in the country. It also could require the FDA to inspect foreign manufacturing facilities as often as it does domestic plants. (Currently, the agency is required to inspect U.S. facilities every two years, but Congress has mandated no time frame for foreign inspections.)

The FDA could take some action on its own, too. It could adopt a risk-based approach to inspections. It could hire inspectors who are fluent in Chinese and other relevant foreign languages. And it could require, as part of the job description, all inspectors to do some overseas duty. (Current union contracts restrict the agency’s ability to send inspectors overseas.)