Home » Blogs » BioWorld Perspectives » In Vaccines and Autism Debates, the Truth is That it's Trust or Consequences

In Vaccines and Autism Debates, the Truth is That it's Trust or Consequences 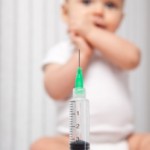 Editor’s note: Since Dr. Breindl first wrote about vaccines and autism in 2008, the paper linking the MMR vaccine to autism has been retracted by the journal that published it, and its author Andrew Wakefield has lost his medical license. But vaccine skepticism is alive and well – and so, during this World Immunization Week, the question remains as pressing as ever: How do you have a productive discussion on policy with people who disagree with you on the facts?

I am not a vaccine skeptic. My children have all their required vaccines and some optional ones as well. We get flu shots – heck, I'm even up to date on my tetanus shots. How many of you can say that for yourself?

The reason I'm not a vaccine skeptic is because of the data. I'm not going to list the studies again because it's a lot like global warming, or evolution: if you don't believe it by now, it will take something other than my going over the research one more time to change your mind.

So it's that "something other" that I want to talk about.

Vaccine Experts: The Role of Listening and Empathy

At the American Association for the Advancement of Science's (AAAS) annual meeting in 2008, there was a panel on "helping the public understand when scientific information is valid" that included a presentation on vaccines by Anne Schuchat, director of the National Center for Immunization and Respiratory Diseases.

The talk came under the somewhat ominous heading of "Vaccines: Truth or Consequences." But Schuchat's message was much more nuanced than that title might lead one to assume.

"Truth calls to mind, in my mind, humility . . . truth evolves," she told the audience. "There's a lot more than truth or consequences to communicating risk."

One of Schuchat's most interesting points was that what makes people trust expert advice depends on the situation. In low-concern settings, expertise accounts for 85 percent of the credibility that someone weighing in on an issue has. In high-concern settings, that percentage dwindles down to a measly (as it were) 15 percent to 20 percent. The most important factor? Listening skills and empathy, which account for fully half of an expert's credibility in a high-concern situation.

Such empathy is still not really the strong suit of doctors and researchers; often, their thinly veiled assumption is that parents who don't vaccinate their kids, or who struggle mightily with what seems like a no-brainer (a term just brimming with empathy and respect) to those in the pro-vaccine camp, are unable to understand the quality of the science supporting the opposing views.

One small study showing a possible link between a vaccine and autism, the pro-vaccine thinking goes, gets the same weight as five larger ones showing none; long-debunked associations keep getting trumpeted, and skepticism comes full circle and turns into extreme gullibility for self-proclaimed vaccine authorities.

I'm sure that happens. But by and large, it hasn't been what I've heard about.

Getting to the Point of Trust

The vaccine-skeptic parents I know understand and believe the epidemiology results fine, as far as they go. But here's what an acquaintance of mine who has an autistic daughter had to say about vaccines and autism:

"I go to a special program for autistic kids every single day. It takes me one hour to get there and one hour back. I am there for 4 hours. In addition, I go to a clinic where my daughter gets more therapy. I have heard (and live) a million 'autism' stories. It is more than just a 10-minute Oprah news bite to me. . . . Do I think vaccines are evil? No. But I have seen the videotapes of real life people . . . kids who spoke 50 words clearly and then suddenly lost that ability days after getting a vaccination. Can I really fall in line with the Centers for Disease Control and Prevention and call that coincidence? No. I just can't."

These personal observations combine with an awareness of the fact that genome-wide association studies are uncovering genetic risk factors for diseases literally by the dozen. My acquaintance says that "there is a yet-to-be-discovered link – maybe a genetic predisposition triggered by vaccines . . . I can't put 100 percent of my trust in an agency to say there is no link when I am not convinced that they have exhausted the possibilities."

Up until last year, my only question about objections like these was how to get people to understand the difference between anecdotes and data. But, to quote Schuchat again, "It is daunting to try to be right in a way that will pass the test of time." Recent research into the immune system of autistic individuals has led me to truly believe for the first time that these people might be seeing things that I am missing.

When I was in college and graduate school, the dominant view was that the nervous and immune systems are separated by a Chinese Wall. But newer research suggests that wall is as leaky as the one that supposedly separated analysts from bankers in the heyday of the dotcom boom.

At the 2007 annual meeting of the Society for Neuroscience, one of the press conferences was dedicated to "The New Neuroimmunology: Immune Proteins in Synapse Formation, Plasticity and Repair." It highlighted the many ways in which proteins do double duty in the immune and nervous systems.

And a recent review paper, titled "The immune response in autism: a new frontier for autism research," lists a veritable who's who of the immune system cells and molecules that may develop or function differently in autistic individuals, including T cells, monocytes/macrophages, natural killer cells, cytokines, neurokines and immunoglobulin.

At the neuroscience press conference, I asked a researcher whose lab is on the forefront of research whether these newly discovered links between the nervous and immune systems could mean that parents who swear their autistic children had a bad reaction to a vaccine were seeing something other than temporal coincidence, and if so, why such a link was not showing up in the epidemiology data.

She made it very clear that her data don't address this question directly; for now, in fact, there's no data on whether autistics are any different from neurotypical individuals in the area she studies.

But, she said, it would be consistent with what we know that autistic children could have underlying immune system abnormalities, and odd responses to vaccines due to those abnormalities. No cause and effect, but two different symptoms of the same molecular problem.

What We Know and Don't Know

So, do I believe that vaccines are more dangerous than we think? No. Most autistic individuals have perfectly normal immune systems. Even for those who don't, none of the changes I've listed above provides an obvious mechanism for how autistic children might be especially sensitive to vaccines, and the epidemiology data are strong. And so I believe that there is no association between vaccines and autism, or vaccine preservatives and autism. And I believe that any additional data we might have a decade from now will continue to support my current opinion.

But I also believe something else: that we don't know everything.

"We don't know everything" is one of those things that's easy to pay lip service to and harder to keep in mind when faced with actual opinions that are different from our own, which are of course, as the saying goes on National Public Radio, always insightful and well-reasoned. But if we want vaccine-skeptic parents to listen to our evidence, we're going to have to say it like we mean it. And we're going to have to admit – most importantly, to ourselves – that people may disagree with us for other reasons than a pigheaded refusal to understand the data.

Only 0.3 percent of American children receive no vaccinations at all, which suggests that the great majority of vaccine-skeptic parents put careful thought and evaluation into which vaccines to give their children; they are open to our best evidence. But as Schuchat put it at the AAAS meeting, "You cannot hear statistics until you have trust."