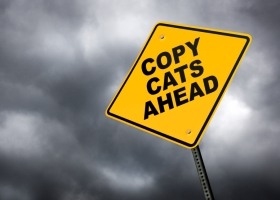 It’s 1984. The year opens with the demise of Ma Bell, as the Bell System is broken into smaller, regional telephone companies. The idea is to end Ma’s nationwide monopoly, but the result is a handful of smaller monopolies since there still is no telephone competition.

The Soviet Union leads a boycott of the Summer Olympics being held in Los Angeles, presumably as payback for the U.S. boycott of the 1980 Moscow Games, which was, in turn, a response to the Soviet war in Afghanistan.

Even though Time named the computer the “Machine of the Year” two years ago, personal computers have yet to become a ubiquitous household necessity. And email and the Internet are technology trends still waiting to happen.

Congress passes the Hatch-Waxman Amendments, giving rise to generic drug competition. It will be more than a decade before the biologic license application is created. The concept of a biosimilar is unimaginable, given the state of the science and the complexity of biologics.

Ma Bell is an all-but-forgotten memory. With the rise of the Internet, fiber optics and cell phones, telephone competition is rampant.

The Soviet Union is no more. Russia is hosting the Winter Games as the U.S. is trying to end its war in Afghanistan.

Clunky PCs have given way to laptops and tablets, which are everywhere. Meanwhile, texting and social media have pushed past email as the speedy communication of choice.

Thanks to Hatch-Waxman, generics account for more than 80 percent of prescription drugs dispensed at U.S. pharmacies. Despite the success of the 1984 act, Congress recognized it wouldn’t work for follow-on biologics. That’s why it laid out a new regulatory path for biosimilars in 2010.

As the first biosimilars move toward approval in the U.S., a deep divide is forming between drugmakers on how the follow-ons should be regulated within the framework of the Biologics Price Competition and Innovation Act. Some advocacy groups, trade associations and lawmakers pitch this divide as the same old struggle that greeted Hatch-Waxman – with greedy brand drugmakers out for every dollar they can wring from the health care system squaring off against altruistic generics that want only to make biologics as affordable as possible for the masses.

But the truth is that the biosimilar divide is one of vision. On one side are drugmakers developing biosimilars that see this as a unique market. Comprised of companies like Amgen Inc. that pioneered innovative biologics and those like Sandoz International GmbH that have made their name as giants in the generics realm, this group welcomes the opportunity to form a new market tailored to the challenges and promises biologics offer, while taking advantage of today’s technologies and pharmacovigilance capabilities.

Mired in the past, the other group consists of generic companies that don’t want to have to change to compete in tomorrow’s biosimilars market. Instead, they cling to yesterday’s business models based on a 30-year-old regulatory scheme designed for small-molecule drugs.

Here’s another truth that often gets ignored: Experts are pretty much agreed that, given the cost of developing a biosimilar, the price discount is likely to be no more than 30 percent, at least initially. The visionary biosimilar developers like Hospira Inc. understand that they have to invest in communicating with physicians, patients and payers to build confidence in their follow-ons. But those generic companies pushing for automatic substitution with no notification to physicians hope to guarantee themselves the same discount without further investment.

It all comes down to recognizing the promise of a biosimilar while understanding that it is not a generic. Greg Howard, vice president for Conover Gould Strategic Communications and a spokesman for Actavis Inc., summed up the difference nicely for BioWorld: “A generic is to a biosimilar what chess is to 3-D chess.”