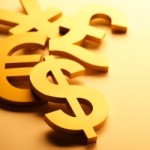 The cover story for BioWorld Insight this week is about the biotech venture capital world, and how despite its much-publicized contraction, there’s a lot of exciting stuff going on like established firms closing new funds, established players regrouping to form new firms, and everyone pushing the envelope with experimental business strategies.

Although lots of changes are still to come, many of the VCs I spoke with noted how much the biotech venture world has changed already, just over the past few years. A few of their observations: