Home » Blogs » BioWorld Perspectives » Caught in Its Own Snare

Caught in Its Own Snare 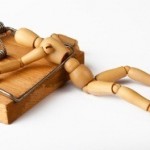 A hunter walks into a bar and says, “Did you hear the one about the FDA?”

“You mean the time it shot itself in the foot?” the bartender responds.

“The left foot or the right foot?” another hunter asks, wiping the beer froth from his mouth.

“What difference does that make?” the first hunter asks.

The first rule of thumb for hunters is to know what they’re doing. Otherwise, they might shoot themselves in the foot – or worse. The second is to get a valid hunting license. The third is to make sure they don’t target animals that aren’t in season.

The FDA broke those rules when it set out to track down a few scientists who it claimed had gone rogue by sharing concerns about device approvals with members of Congress and the White House. The agency tried to get a license. “No way,” it was told by the Office of Inspector General. “That dog just won’t hunt.”

The FDA, being the FDA, decided it didn’t need a license. It loaded its guns, set its snares and hired a document-hunting outfitter to help it bag its trophies. The agency reportedly gave the guide a list of the targeted species and provided scents to sniff out along the document trail. Those smells led to the media and a few hound dog congressmen and their staffs – species that should be on every federal agency’s “do not hunt” list.

The hunters at the FDA justified their poaching by saying the scientists were fair game because they were leaking information, some of which could be proprietary. Those leaks could damage the agency, its mission and its reputation, they reasoned.

Intent on catching the big game and defending its unlicensed hunt, the FDA forgot to set the safety on its weapons. As a result, the outfitter tripped and misfired, publicly posting a database with the contents of all the document tracking, including the proprietary stuff and the scents used to mark the trail. The shot hit the FDA square in the mouth and left a gaping, oozing wound in its reputation.

Now, the FDA’s the prey. And these days, it’s looking a lot like a limping deer caught in the intensely hot headlights of Congress and the media.