It’s How You Look at the Vial 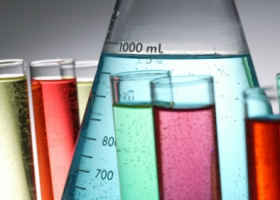 What’s in a biosimilar name? That depends on whether the vial is half empty or half full.

Seeing it as half full, many generic makers focus on the similarities between a follow-on and its reference biologic. Because of those similarities, they say biosimilars and their reference product should share the same international nonproprietary name (INN) – as is the practice with traditional generic drugs. That’s the argument the Generic Pharmaceutical Association (GPhA) made in the citizen petition it submitted to the FDA earlier this month.

Used to cashing in on the success of a small molecule brand drug by sharing its INN and through automatic substitution with little marketing effort, generic makers frame their argument as one of access to cheaper biologics. The more biosimilars are seen as the same as the innovator drug, the easier their job will be in selling them to the market at discounted prices.

On the other side of the debate are brand makers, joined by several patient advocates, who see the vial as half empty. In demanding unique names for each biosimilar, they highlight the differences between biosimilars and the innovator biologic.

Used to having a corner on the biologic market, the innovators, some of whom are developing their own biosimilars, frame the argument as one of safety. The more patients and prescribers are aware of the differences and exactly which version of a drug is being dispensed, the easier it will be to track adverse events – and perhaps maintain the innovator’s marketing edge.

Either way, the truth is likely found somewhere in the middle of the vial.

As with all follow-on, generic and me-too drugs, there are both similarities and differences. But given the complexity of some biologics, there are questions patients will want answered before they trust their health to a new version of a biologic that’s working for them. Exactly how similar is the “highly similar” standard set by the FDA for biosimilars? Is it simply a matter of “we’ll know it when we see it”?

And given the potential differences, no matter how slight, the FDA’s stance that biosimilars don’t need to demonstrate safety also raises a few questions. What is the certainty that minor manufacturing differences won’t become a major clinical difference in a subset of patients, especially if the mechanism of the innovator biologic isn’t fully understood? Short of massive clinical trials, how can drugmakers demonstrate that those differences are truly minor? And, contrary to the FDA’s current position, should biosimilar makers have to demonstrate the safety of their products?

Patients don’t care if the vial is half full or half empty. They want to know that the biologic they’re given is as safe and effective as the one they’ve used before.