Home » Blogs » BioWorld MedTech Perspectives » NIH spending: Time for a closer look at how our government prioritizes spending at NIH and whether the default priorities really make sense

NIH spending: Time for a closer look at how our government prioritizes spending at NIH and whether the default priorities really make sense 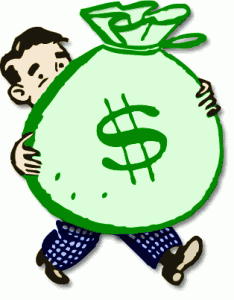 Government that makes sense. It's what we all dream of, but when it comes to spending priorities at the U.S. National Institutes of Health, we might as well wish to lose weight on the see-food diet. FYI: That's the diet on which when you see food, you eat it.

What do I mean? Here's what I mean.

NIH's budget for the National Cancer Institute in fiscal 2010 was a bit more than $5.1 billion (click here), but the budget for the National Heart, Lung, and Blood Institute was comparatively deficient at less than $3.1 billion. Even your nephew in middle school knows that heart disease still kills more people of both sexes over the age of 40 than anything else, including cancer, the disease that seems to spark more sympathy than any other.

I'll admit that the cost of treatment of cancer is very expensive, but the latest implantable defibrillator isn't cheap, either, and medical science is still baffled by the unpredictability of sudden cardiac death. The American Heart Association (Dallas) estimates that in 2009, the total cost of heart disease in the U.S. exceeded $475 billion (click here), whereas a similar estimate for cancer, by the reckoning of the American Cancer Society (ACS; Atlanta), was $228 billion for the previous year (click here). So what we have is one condition (heart disease) is twice as costly to society as a disease (cancer) that gets 66% more NIH money.

We all know that one good way to lose your job for good is to be impaired, cognitively or physically. Would you like to know what NIH budgets for its arthritis and muscular diseases programs? The National Institute for Arthritis and Musculoskeletal and Skin Disease got less than $600 million in fiscal 2010. CDC reported in 2007 that the anticipated cost of arthritis for that calendar year would be $127 billion, more than half the cost of cancer (click here). That doesn't account for all the other diseases examined by NIAMS, but NCI gets $5.1 billion and NIAMS gets only $600 million? That's conservatively two thirds of the cost of cancer, but less than an eighth of NCI's budget.

How about stroke and neurological diseases? These are handled by the National Institute for Neurological Disorders and Stroke, or NINDS. The answer is (drum roll, please), NINDS got a bit more than $1.6 billion in fiscal 2010. According to the Alzheimer's Association (Chicago), the cost of care for Alzheimer's will be $20 trillion between 2010 and 2050 (click here). That's an average of $500 billion a year. One fourth the money of cancer, twice the cost.

No wonder the folks in Washington can't balance the budget.

As a teenager, if I tried to give my father an explanation that just didn't stand up to scrutiny, he'd ask me why I was trying to hand him a snow job. Any rationalization for all this would be nothing but a snow job. I'm pretty sure that's what my father would say, anyway.