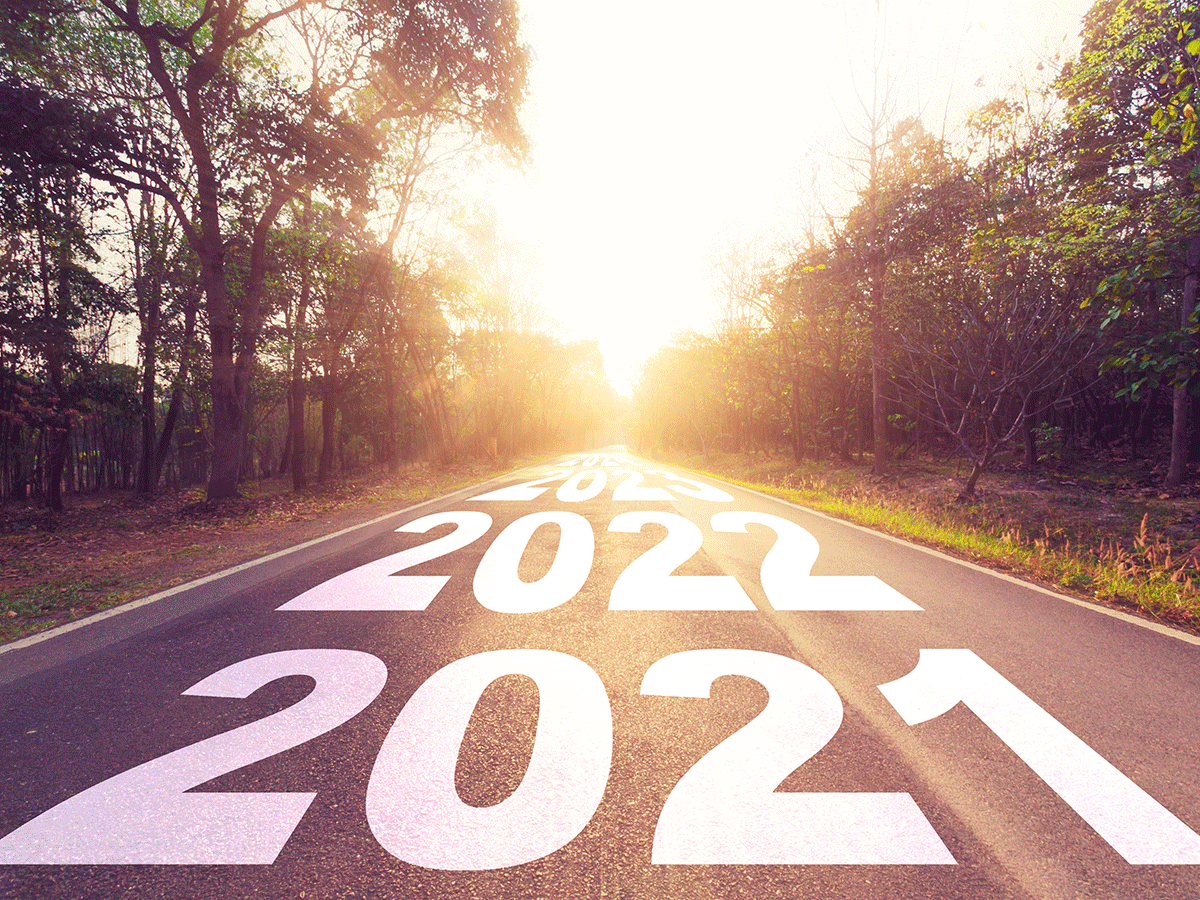 Every year, the BioWorld team takes time to look back and assess the market-moving and life-changing stories and trends of the year. Without a doubt, COVID-19 shook humanity to the core, again. And like glioblastoma, the tentacles of COVID-19 invaded far beyond the obvious and ultimately changed the world. So that’s our top story of the year. But the biopharmaceutical industry is resilient and responsive. Even though there were tectonic shifts in efforts to bring an armamentarium of COVID-19 vaccines and therapeutics to patients with record-breaking speed, work continued on other fronts, because people are still getting sick with cancer, succumbing to horrible diseases like Alzheimer’s and issues such as the battle over drug prices rage on. Technology is advancing at speeds that, well, only technology such as artificial intelligence can keep pace with. And while regulatory bodies continue to guard the processes to develop human therapeutics and are historically slow to move, they adapted. And who pays for all of these advances? The amount of money flowing into the biopharmaceutical industry was at an all-time high. Finally, we had some notable “firsts,” including the first DNA vaccine.

Here, you’ll find links to both articles and podcasts that cover the range of the six most important stories and trends of 2021 with an emphasis on what it all means for 2022.

COVID-19 a ball of pandemic confusion that produced great science and powerful revenues
In 2021, progress on preventing and treating COVID-19 was a seemingly endless series of starts and stalls. In spite of the high-profile stumbles, science and finance took startling steps forward.

Pandemic puts spotlight on domestic manufacturing efforts
While biopharma companies across the world pulled out all the stops in 2021 to develop and manufacture COVID-19 vaccines and therapies, the pandemic highlighted supply chain weaknesses, spurring demands in many countries for more domestic manufacturing and less reliance on production in other countries. Reacting to fears that dependence on China or other countries for essential medicines could threaten national security, especially during global public health emergencies when everyone is scrambling for the same products, several governments embraced efforts to strengthen their own biopharma manufacturing capabilities.

BioWorld Insider Podcast: Supply Chain Geeky: Managing through the challenges of COVID-19 with an eye to what’s at stake
Complex manufacturing processes and supply chains have always been part of the biopharma industry story, with many people in more than a few nations typically involved along the way. While that observation applies to plenty of other areas of business, Paul Testa, executive vice president for operations and supply chain at Tokyo-based Kyowa Kirin, tells us about the crucial difference with medicine: “We can wait for toilet paper or building materials, but the patient cannot wait because their health care is at stake,” he said. Continuity, reliability of supply, business process and automation were all key priorities for him before the pandemic and haven’t drastically changed since. But “there's an added layer of complexity with COVID and a lot of the intricacies of managing those details that we all deal with,” he said. How does the Japanese concept of 和 (wa) fit in? Listen to find out.

2. The desperate struggle that is Alzheimer’s

Controversy much alive over Biogen’s Aduhelm; picture unclear for other AD prospects
In 2021, no drug approval garnered as much attention and debate as Biogen Inc.’s Aduhelm (aducanumab). The FDA’s surprise, accelerated approval of Aduhelm for Alzheimer’s disease flew in the face of the recommendation by an advisory committee, causing a stir that included the resignation of three adcom members, along with publicly made claims that the company’s relationship with regulators had become too cozy.

BioWorld Insider Podcast: Aduhelm’s hard lessons and what it means for other Alzheimer’s drugs
The FDA’s June 2021 approval of Aduhelm (aducanumab), the first plaque-targeting therapy, rattled the company, regulators and the market. BioWorld brought together two experts to get their thoughts as each is involved in developing vaccines or treatments for Alzheimer’s or Parkinson’s disease. Michael Agadjanyan is the president of Nuravax Inc., which is developing antibodies for preventing Alzheimer’s and Parkinson’s disease. We also spoke with Robert Glanzman, who is chief medical officer of Clene Nanomedicine Inc., which is developing a nanotherapeutic for Parkinson’s disease. Both have strong views on Aduhelm. They also had a spirited debate on the science of curing dementia.

3. Artificial intelligence as an inventor?

Will Australian ruling on artificial intelligence as inventor be a trigger for others to follow suit?
Australia attracted international attention in July when a Federal Court ruled that artificial intelligence (AI) can be named as the inventor of a patent. In Thaler v. Commissioner of Patents, Federal Court Justice Jonathan Beach ruled that under Australian patent law, inventors don’t necessarily have to be human. The decision challenges the assumption that only human beings can be inventors. Beach did rule, however, that an AI system cannot apply for a patent or receive a patent. The case overturns an earlier decision made by the Australian Commissioner of Patents that rejected Stephen Thaler’s patent application for his computer program, Device for the Autonomous Bootstrapping of Unified Sentience (DABUS), an artificial neural system. The Commissioner of Patents rejected the claim because a machine could not be considered an inventor according to Australia’s Patent Act. But the judge took issue with the commissioner, saying it was incorrect in saying that “you cannot have a non-human inventor.”

BioWorld Insider Podcast: What happens when your inventor is an artificial intelligence?
The increasing use of artificial intelligence (AI) technologies across all stages of drug development is presenting interesting new challenges around the world. One key question of growing importance: Can an AI algorithm be an inventor? If so, can the AI system apply for or receive a patent? We spoke to Ryan Abbott, a professor of law and medicine, as well as the leader of the Artificial Inventor Project and Jim Belfiore, senior vice president of innovation at Clarivate, to learn more about the implications of these questions and how patent offices and courts are handling them so far. What’s at stake in recognizing a more prominent role for AI in the innovation sphere? Could AI inventorship potentially create IP asset inflation? Listen to find out.

4. Regulatory upheavals, and then some

Challenges spur regulatory cooperation
COVID-19 kept its grip on the world in 2021 as one new variant after another created new waves of infection, forcing regulatory officials to face ongoing political and logistical pressures in dealing with drug and vaccine approvals, mergers and acquisitions, manufacturing issues and demands for pricing reforms.

UK-Europe regulatory breakup puts both in recovery mode for year ahead
LONDON – The confluence of Brexit and pandemic has hit regulators in Europe hard this year, with the workload of assessing COVID-19 vaccines and antivirals made all the more onerous by the loss of expertise suffered by both the EMA and the U.K. Medicines and Healthcare products Agency (MHRA) as their close relationship was severed. Layered on top of that was the process of overseeing implementation of new regulations for European regulators, and for the MHRA of devising a new post-Brexit regulatory framework. The pandemic exposed fault lines in Europe’s preparedness for health emergencies, and to address that, the EMA is due to get new responsibilities in 2022, once negotiations with member states on what the reinforced agency should look like conclude.

Regulatory focus on innovation raising China’s profile
In China, 2021 saw a number of regulatory efforts aimed at encouraging companies developing novel drugs. As a result, analysts expect that impact investment and investors would allocate capital to “truly innovative oncology drugs” so 2022 could see a more supportive ecosystem for the development of rare disease treatments in China. Meanwhile, they believe that me-too and me-worse drugs, which have accounted for a large portion of China’s drug market, would have a more difficult time getting marketing approval. The Center for Drug Evaluation (CDE) issued a number of guidelines during the year to support new drug development and reduce the waste of clinical resources. Such guidelines include a draft guide on clinical trials of drugs for rare diseases in October 2021, which encourages developers to focus on biomarkers, pharmacometrics and patient-reported outcomes.

Politics, pricing and personalities create regulatory challenges
U.S. regulators continued to be plagued in 2021 with accusations of politicization, most of which revolved around the expansion of the COVID-19 vaccine. Despite the Biden administration’s avowed commitment to follow the science in regulatory decision-making, the White House COVID-19 Response Team appeared to jump ahead of the science Aug. 18 when it announced the Sept. 20 rollout of a nationwide booster program for all adults.

BioWorld Insider Podcast: Regulatory Gemish: COVID-19’s big impacts on the FDA and beyond
Amid industry’s ongoing drive to speed drug discovery, clinical development and commercial success, government regulation can sometimes seem slow moving. But even a quick look at regulatory highlights from 2021 shows nothing could be further from the truth. From COVID-19 and cancer to Aduhelm and the broader health care ecosystem, so much has changed – and not just in the U.S. Join us for perspective on this fast-changing landscape from Peter Pitts, president of the Center for Medicine in the Public Interest, among other roles. “All of a sudden, everybody is a regulatory expert,” he said. Will free beer get us where we need to go? Listen to find out.

BioWorld Insider Podcast: Another record year for biopharma financings bodes well for 2022
In another record year for biopharma fundraisings, more money than ever pulsed through the industry. The volume and value of pharma IPOs and venture capital financings are at their highest levels. Private financings for 2021 easily outdistanced those from 2020, much of it powered by SPACs. Where is it all going in 2022? Two experts joined BioWorld to share their thoughts. Kleanthis Xanthopoulos is a co-founder and executive chairman of Shoreline Biosciences. For more than 20 years he’s been an executive, company founder, CEO, investor and board member in biopharma research. Also joining the discussion was Joe Hernandez, CEO and executive chairman of Blue Water Vaccines, who founded or led eight health care and pharmaceuticals companies.

The firsts: DNA vaccines arrive, while KRAS drugs and CAR T-cell therapies break new ground in cancer
There was no slowing of biopharma innovation in 2021, even as industry directed significant resources to, while feeling the impact of, the ongoing COVID-19 pandemic. The year saw big wins for developers of DNA vaccines and biosimilars, while CAR T expanded its reach and a drug target once considered undruggable was finally conquered. And as 2021 gives way to 2022, other potentially game-changing technologies and therapeutics are waiting in the wings.