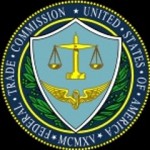 The FTC seems to have come down with a bad case of star envy. Not content with its supporting role as implementer of laws duly passed by Congress, the agency is intent on rewriting the script, casting itself as headliner hero, executive producer, star-making director and congratulatory movie critic.

In its colorized remake of the budget-busting melodrama How Government Functions, the FTC plays the white-hatted good guy come to cut down the gang of biopharma villains while the local sheriff (Congress) sits idly by, his pockets stuffed with Big Pharma bribes. The action climaxes as the FTC rescues the sweet, helpless heroine, Ms. Generics, and speeds her on her way to the marketplace. As the sun sets, the townspeople, long beholden to the greed of the biopharma gang, cheer loudly and stock their medicine cabinets with nothing but generic drugs.

(Clapping FX as the FTC flashes its applause light. Fade to black.)

Rather than rewriting its lines, the FTC needs to stick to the script, and role, it’s been handed. Like it or not, Congress is the elected star of the Beltway – and the only writer of federal laws.

If Congress wants to end pay-for-delay settlements, it can pass a law to do it. It thought about it while scripting PDUFA. But it decided not to.

If Congress wants to close the loophole that permits brand companies to restrict generics’ access to drugs with risk evaluation and mitigation strategies, it can pass a law to do it. Lawmakers also thought about that while fleshing out PDUFA. But, again, they decided not to.

The FTC needs to stop trying to steal the show by ad-libbing laws as it goes along. As an appointed commission, it doesn’t have the chops to be the lawmaker. Or even the understudy.

(Roll credits. Be sure that “FTC” comes after the name of the stars and is in smaller print as is befitting the role of supporting actors.)