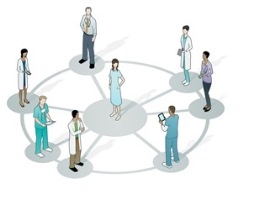 As I write this, I’m sitting in the University of British Columbia/Vancouver General Hospital (UBC/VGH) Eye Care Centre, where my husband, Chuck, is completing post-tests at the conclusion of a six-month study on prosopagnosia, otherwise known as face blindness. The condition isn’t treatable with drugs – not yet, at least – but it’s nonetheless disabling, prompting researchers at several centers in North America and Europe to work collaboratively and seek to help patients carry on with their lives.

Clinical studies of prosopagnosia have, so far, informed researchers more about the causes and structural manifestations of the disease than about potential treatments. “Acquired” face blindness can result from lesions associated with various types of brain disease or injury, such as stroke, traumatic brain injury or – as in my husband’s case – complications from brain surgery. Researchers also have discovered that some individuals are born with “congenital” or “developmental” prosopagnosia – the lifelong inability to distinguish among faces, with the possible exception of their closest family members. Many of these cases seem to run in families, prompting scientists to suspect an as-yet-undiscovered genetic component.

While not life-threatening, prosopagnosia involves visual impairments beyond the inability to recognize faces. Like many chronic illnesses, living with the condition is isolating and exhausting. Close friends and family members know they must introduce themselves every time they encounter Chuck or they’ll appear to him as a stranger. But it’s not easy to explain prosopagnosia to casual acquaintances and expect them to understand its limitations.

My husband has braved the effects of face blindness for nearly 20 years. Recently, he began treatment for depression – another outcome he has in common with many patients who turn to clinical trials seeking a fresh alternative for a chronic physical or mental illness.

All of this got me thinking about patient experiences before, during and following clinical trials and the movement to incorporate those experiences into the regulatory decision-making process.

The FDA’s Patient Focused Drug Development program, mandated in the Food and Drug Administration Safety and Innovation Act, could be a move in the right direction, provided the agency’s 20 planned public meetings over the next five years, each designed to address a different indication, offer patients more than lip service. Individuals with chronic fatigue syndrome (CFS) – the first condition selected by the FDA to gather patient perspectives – are still waiting for a therapy to combat their Illness after the agency gave Philadelphia-based Hemispherx Bioscience Inc. a complete response letter (CRL) for Toll-like receptor 3 modulator Ampligen (rintatolimod) following the drug’s Arthritis Advisory Committee (adcom) meeting in December 2012, despite pleas for approval from patients and treating physicians. The drug is the only one in late-stage development for CFS.

The CFS community is not the only one feeling bruised following an adcom. In May, Aveo Oncology Inc.’s tivozanib got a 13-1 thumbs down from the FDA's Oncologic Drugs Advisory Committee (ODAC) – and, subsequently, a CRL from the FDA – in renal cell carcinoma (RCC) based on concerns about the adequacy of the drug’s single Phase III trial, despite no overt arguments about safety. In fact, the lone ODAC vote to support the adequacy of the data came from the committee’s patient representative, who argued for approval based on the tolerability of tivozanib in RCC. A patient who testified during the ODAC public hearing said tivozanib was the first of eight drugs that had worked for him since his diagnosis four years earlier and asked committee members to keep an open mind. They didn’t.

Earlier this month, the FDA’s Endocrinologic and Metabolic Drugs Advisory Committee voted 9-2 against expanding the lipid-lowering agent Vascepa (icosapent ethyl) in combination with a statin drug to reduce triglycerides, non-high density lipoprotein cholesterol, apolipoprotein B, low-density lipoprotein cholesterol, total cholesterol and very low density lipoprotein cholesterol in adults. Although the drug, developed by Amarin Corp. plc, of Dublin, is already approved as monotherapy for severe hypertriglyceridemia, the committee voted to wait for results of an ongoing cardiovascular outcomes trial – not scheduled for completion until 2016 – rather than using a surrogate endpoint to recommend approval. Although the FDA has yet to issue its decision on the drug, observers worry the discussion and adcom vote could signal a deleterious shift in how the agency views efficacy requirements for chronic therapies.

Anecdotally – a word that sends shivers through FDA reviewers – the outcome of adcoms seems almost as capricious as the drugs alleged to underperform in clinical studies. Such fickleness comes at a huge cost to subjects, who join clinical trials not just in the hope of gaining pain-free days or additional months of life but also to help the larger patient community.

Chuck did not participate in the UBC/VGH clinical study with the goal of being “cured” of prosopagnosia. He volunteered so the lessons learned from his disability might help researchers develop therapies for those newly diagnosed with the disorder. Individuals who participate in drug trials do no less. Their experiences, their suggestions and their testimony before FDA adcoms deserve at least the same regard as the opinions of professionals paid to decide the fate of drugs and devices – especially when a compelling case can be made for conditional approval and post-marketing studies.

When Chuck was diagnosed with prosopagnosia 20 years ago, the first thing he asked doctors was how to treat the condition. The question was met with blank stares. Many patients suffering from disabling, disfiguring and life-threatening conditions still face similarly bleak responses. Treatments that may help even a small number of these individuals without causing greater harm than their disease deserve balanced hearings that incorporate both clinical and personal experience. Instead, adcom panels and the questions they deliberate often appear stacked for or against a particular drug, seemingly based on the preliminary judgment of FDA reviewers.

Although sponsors bear the financial costs of drug development, patients literally pay with their blood, sweat and tears. When drugs come before regulators, patients and their family members similarly deserve to be at the heart of the discussion. Certainly, clinical objectivity is necessary along the road to drug development, but so is real-world experience. Patient testimonies often inform as much or more than the experts, and their voices should not be relegated to the peanut gallery.