No choice, no free market

Inundated with heart-wrenching stories about constituents who can’t afford the prescription drugs they need to live, U.S. lawmakers spend a lot of time lamenting a free market that isn’t working and then debating ways to “fix” it. 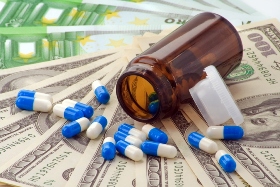 Reality check: A free market thrives on choice. Lots of it. Thus, a free market never has and never will work for prescription drugs. Even when a few drugs compete in the same space, patients have little to no choice in which one they use.

As Paul Howard, senior fellow and director of health policy at the Manhattan Institute, politely reminded Sen. Al Franken (D-Minn.) at a Senate Health, Education, Labor and Pensions Committee last week, drugs aren’t doughnuts. Neither are they a commodity like steel. The protracted IP landscape and the intense amount of time and money that drug companies pour into R&D make the industry more comparable with other high-tech sectors such as software or computers, he said.

But that’s not an apt comparison either. The free market, with its supply and demand principles, works for computers and software companies. When the market for computers expanded into home use, computer prices went down. When a drug is approved for a new indication, broadening the number of potential users in the U.S., the price frequently goes up.

But back to choice. I will have several choices when my ancient 3-year-old computer freezes up for the final time. I can buy a new, used or refurbished desktop, laptop or tablet model. It could be an Acer, Apple, Asus, Dell, HP, Lenovo, Microsoft, MSI, Razer, Samsung or another brand. The choice is all mine – taking into consideration my bank account, of course. Each would offer a variety of features and price points, but any one of them would allow me to search the Internet, stream congressional hearings and FDA adcoms, participate in webinars, chime in on social media, and write articles and books.

The same can’t be said for drugs. Yes, a lot of them are on the market, but only one may work for a given illness or condition. And if that drug is still under patent or enjoying a government-granted exclusivity, it won’t be available in an off-brand generic or biosimilar.

Even if there are generics or biosimilars, the choice won’t be mine. My insurance company will make that decision. The only way I’ll know the pharmacist gave me a generic is by the price. However, I won’t know if it’s an Apotex, Momenta, Mylan, Sandoz or Teva pill I’m popping. I’m in the dark even more about the drugs that are injected or dripped via an I.V. at my oncologist’s office. But, hey, I can readily see which brand of computer and software the doctor is using to enter all my HIPAA-protected health data.

Another big difference between the computer and drug markets is competition on price. Since I know the price of the computers up-front, I can comparison shop and use that as one of the factors in deciding which computer will become my new constant companion for the next few years. The salesperson at the store also can help me explore my options and make recommendations.

When it comes to drugs, I often don’t know how much a prescription is going to cost me until the first time I have it filled, and the pharmacist can’t tell me that it might be cheaper for me to pay cash for a generic than to pay the $10 insurance copay.

If I decide the computer I really, really want is out of my price range right now, I can buy it on credit or use my husband’s while I wait for the inevitable clearance sale when the new models arrive in a few months or I have enough socked away to buy the computer of my dreams.

Drugs don’t go on sale. Ever. While I could use my credit card to pay for a prescription, the only “monthly installment plan” the pharmacy recognizes is when I come in to pay for the next month’s prescription. And if I put off buying the drug until I can squeeze it into my budget or a generic hits the market, I could be in a real world of hurt.

At one level, lawmakers know that biopharma doesn’t work on free market principles. They fuss and fume over free market aspects – the lack of transparency in the drug supply chain, the differences in discounts some plans get and how much CEOs are paid by the big pharma companies.

No, we aren’t privy to the confidential deals between the links in the drug supply chain. Neither are we savvy to the deals between the links in the computer supply chain. Likewise, my insurance plan may get a better deal on a given drug than another plan, just like Walmart may get a bigger discount than Target on a particular brand of computer. And while lawmakers scream about biopharma CEO pay, they aren’t concerned about the millions the CEO of Microsoft or Apple makes. That’s just how a free market works, they reason – when it comes to computers.

Another part of the free market system lawmakers want to deny to the biopharma sector is the what-the-market-can-bear pricing. It works for computers, souped-up cars, designer clothes or even decadent doughnuts, because we don’t have to buy them. And we have other choices. But pricing drugs at what supposedly the market will bear when there are no affordable alternatives seems akin to holding lives for ransom.

Instead of trying to find free market solutions while denying free market principles to the biopharma sector, perhaps it’s time to admit that prescription drugs don’t operate in a free market. Then, just maybe, we can find pricing solutions that work for patients, payers and industry.