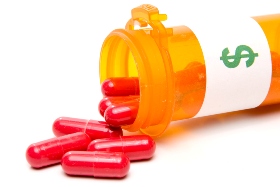 While reducing prescription drug prices won’t fix the overall growth in health care spending in the U.S., bringing those prices down is a top priority for most Americans heading into this year’s midterm elections. There’s a reason for that. Because of copays and coinsurance, those prices cut directly into the pockets of more Americans than any other health expense. And unlike health care costs that are hard to segregate in hospital and doctor bills, drug prices – at least the list prices – are front and center these days in headlines, congressional rants and presidential scoldings.

Many biopharma companies didn’t help the situation when they greeted the new year with hikes in the list prices of both specialty and widely used drugs that have been on the U.S. market for years. In general, the increases were single digit, in keeping with the “social contract” Allergan plc President and CEO Brent Saunders proposed in 2016.

But it’s a one-sided contract that ignores the patient optics of any increase for an expensive drug that’s enjoyed serial hikes, some of them huge, over the years. Thus, keeping to the contract does little to curb the public shaming of biopharma companies.

Last week alone, President Donald Trump railed at least twice about drug prices – once when Alex Azar was being sworn in as the new secretary of Health and Human Services and then again in his State of the Union address, in which he vowed drug “prices will come down substantially. Watch.”

Trump’s words echoed what he’s been saying since he was on the campaign trail. And they mirrored years of congressional hand-wringing over drug prices. Yet all the speeches, congressional hearings and outrage have produced is continuing price hikes, a lot of finger pointing and repetitious explanations that do nothing to soothe the public frustration or fix a system that’s putting life-saving drugs out of reach of too many Americans.

During a J.P. Morgan session last month, Saunders and Joaquin Duato, executive vice president and worldwide chairman of pharmaceuticals at Johnson & Johnson, discussed drug prices with Stephen Ubl, CEO of the Pharmaceutical Research and Manufacturers of America. Saunders bemoaned the fact that the public, Congress included, doesn’t understand the difference between a list price and the net price of a drug. While the average list price for Allergan drugs increased 7 percent at the turn of the year, Saunders said the company will realize only a 1 percent or 2 percent increase in the net price once all the rebates and discounts are paid to others in the supply chain.

Understanding is a two-way street. Here’s what everyone in the drug supply chain needs to understand:

For Americans whose lives depend on a drug they can barely afford, getting hit with any price hike feels like being beaten when they’re already down. They don’t care that the increase isn’t all going to the drug company, that the drug may have taken millions or billions of dollars and several years to develop, that its key patents are about to expire and it may soon face competition, that the ROI is declining for top biopharma firms, that the drug company isn’t raising the price of other products, that “no one” pays the list price, according to biopharma execs, or that another patient may get the drug at no out-of-pocket cost because of a patient assistance program they don’t qualify for.

What they care about is the financial survival of their family, when their literal cost of living is consuming more and more of the family budget.

While most of the discussion at the J.P. Morgan session focused on the conversations biopharma needs to have with policymakers and payers about drug prices, Saunders observed that drug companies don’t interact with patients on drug pricing. The need to put the patient at the center of such discussions is getting lost in all the talk, he said.

Bingo. In keeping just within the bounds of their social contract, drug companies ignore – at their reputational peril – the public optics of a 9 percent list price hike for even one drug in their portfolio. It doesn’t matter that most patients won’t pay that list price. Since that’s the only price out there, that’s the number people will focus on when faced with health care costs that exceed their limited resources.

So what does a 9 percent price hike look like in the real world where inflation is hovering at about 2 percent? Keep in mind that military families, federal retirees and Social Security recipients will get a 2 percent cost of living adjustment (COLA) this year.

(Incidentally, that’s the biggest Social Security COLA since 2012, which saw a 3.6 percent adjustment. There was no COLA in 2016, and the 2017 adjustment was almost stagnant at 0.3 percent. But many drug prices took great leaps upwards in those years.)

A 9 percent increase on a specialty drug that listed at $84,000 in 2017 sends the new list price to $91,560. Even before the increase, the list price exceeded the income of most Americans, given that the average adjusted household gross income was $67,565 in 2015, the latest year for which the IRS provides income statistics.

The additional $7,560 afforded by the 9 percent increase amounts to 11.2 percent of the average adjusted income. And for many Americans, the price pop alone equals more than seven months’ rent. Or looking at it another way, that $7,560 adds up to nearly 10 months of eating for a family of four on a low-cost food plan, according to U.S. Department of Agriculture figures.

On top of that price increase, the family is likely paying for more doctor visits, tests and other treatments than the average person. That puts a drain on work schedules and ability to work, not only for the patient but other family members. In other words, they’re at their breaking point. And it’s their stories that are fueling the public frustration.