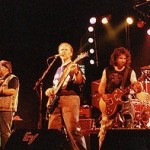 You think the drug shortage is a devil now

Just wait around a few years

’Cause you ain’t seen nothin’ yet.

When that biosimilar pathway begins to flash

Those biosimilars will turn your heart away from the old drugs of yesterday.

You’ll think you have it comin’, and you’ll want it that way.

You’ll say big profits are good profits, so you’ll take what you can get.

Patients will go to the doctor, and he’ll tell them of a cure.

But they won’t be feelin’ better, ’cause it’ll be the one they just can’t get.

With all due apologies to Bachman Turner Overdrive (listen to the classic rock tune here), I’m afraid we ain’t seen nothing yet when it comes to drug shortages. As we’ve reported in BioWorld Today, the bottom line is often behind a drugmaker’s decision to stop making older, off-patent drugs with low profit margins. Making a drug that sells for 48 cents a vial just doesn’t make good business sense.

It will make even less ‘cents’ when the biosimilar pathway really opens up. Many generic and big pharma companies are already developing biosimilars, lured by pricing that could be 80 percent of the innovator biologic, which can sell for thousands of dollars.

As they spend more on biosimilars, these companies may be even less committed to providing the tried and true, older drugs. Thus, my sad refrain:

You ain't seen nothin' yet,

Here's to the drugs we're not gonna get,

If you're thinkin' they ain't gonna be around, that's right.