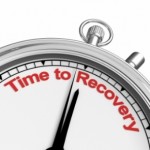 SAN FRANCISCO ‑ I’m enough of a geek that I actually enjoy the details, devil and all, and so I love covering scientific conferences. At the same time, they can be daunting. So much scientific progress is incremental. A case in point: This year’s conference handbook for the annual meeting of the American Association for the Study of Liver Diseases (AASLD) comes to over 1,500 pages, most of them describing minor advances.

As I sat in a San Francisco café Saturday morning, simultaneously soaking up the atmosphere and sifting through some of those abstracts in preparation for the weekend, though, the title of one such presentation popped out at me.

"Results of Liver Transplantation in a Large Cohort of more than 100 HIV Infected Patients."

When did HIV patients start getting liver transplants? I thought, and then I had something of a flashback (no, not that kind of flashback) to living in the San Francisco Bay Area as a college student in the early 1990s.

I was doing research for my senior thesis. My graduate student mentor was infected with HIV, and one day, he was hospitalized with an infection that went out of control. Absurdly, it had started out pretty much as a pimple.

I remember going to visit him with our lab technician, sitting there in the hospital room, my mentor hooked up to an IV. I don’t remember most of what we talked about, except for this one thing: his saying gloomily, at one point, “I can’t believe I nearly died of a zit.”

I can’t remember what I answered, if anything. Really, there was nothing to say.

We could visit him in the hospital. AZT was in clinical trials and one friend, whose lover was HIV-positive, participated in a trial as a healthy control, until he got too sick from the drug and had to drop out. Then his lover died. There was nothing to do, nothing.

My mentor’s story had a happier ending. It turns out, though we did not know it then, that he is an elite controller. He was able to hang on long enough to see the profound medical advances that have turned HIV into a chronic illness.

Today he is a professor, happily immersed in the minutiae of his research. I see him every few years at Neuroscience, where he usually makes a joke about stress being good for his immune system. To the best of my knowledge his liver is not one of his problems, but if it turns into one, maybe he will get a transplant.

I do not mean to make this sound trivial. The study that is being presented at AASLD this year showed a five-year survival rate of slightly more than 50 percent for HIV-infected liver transplant recipients. Those are not great odds.

But back then, he could not have gotten such a transplant at all.

Sometimes, in the day-to-day work of the search for better cures, it feels like the progress is hard to see. But sometimes, even in the little things – especially in the little things, as little as a conference abstract title ‑ it is right there, staring us in the face.