The deal struck by Medtronic (Fridley, Minnesota) regarding an evaluation of adverse events associated with off-label use of the InFuse bone morphogenic protein is conspicuous, but not so much because it will cost the firm $2.5 million to have Yale University (New Haven, Connecticut) review the data, as reported in the Aug. 5 edition of Medical Device Daily. As described by MDD managing editor Holland Johnson, this effort will be made very public and is being touted as a new level of transparency that may set the standard for future such activities. In the meantime, however, it might be enough to give the firm's senior managers a nice cluster of migraines. 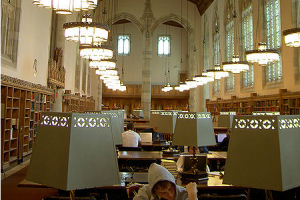 There are two major problems with the optics for InFuse. One is that as much as 80% of the sales of InFuse has been for off-label uses. It's not news that off-label issues drive FDA nuts, but if one assumes the figures are correct, it should have sent a signal to Medtronic's management to review the situation. It doesn't help that some of the adverse events related to off-label use were not reported during the trials as suggested by coverage of the matter in The Spine Journal, but one has to assume that a ratio of off-label to on-label use of 3:1 or 4:1 would have spelled trouble in any case.

Another fact that doesn't help perceptions is that a rather high percentage of payments to consulting physicians went to just a few docs. Whatever the justification, it just looks bad, especially when members of the U.S. Senate begin snooping around.

So now Medtronic is faced with declining sales of its bone morphogenic products, a ton of negative press, and the possibility that FDA will force the firm to either file an IDE for these other indications or require something approximating a risk evaluation and mitigation program to tamp down off-label use. Either way, sales are going to suffer. A number of lawsuits are in the works over the off-label use as well, and it appears the U.S. Department of Justice intends to get involved. So much for the advantages of pushing the envelope.

It's not necessarily a problem when a device maker aggressively markets its offerings. In this economy, though, device makers have to understand that investors are swearing off a given med-tech stock at even a hint of bad news. Medtronic's shares were trading for as much as $43 in May, but are now at between $33 and $34, but let's also look at what happened last month to shares of Edwards Lifesciences (Irvine, California) after the hearing last month for the Sapien. The firm's shares had been selling for better than $90 a share before FDA announced the need for two post-approval studies as a condition of approval, and Edwards' shares are selling for less than $70 apiece.

I can't say to what extent the larger stock market jitters extend to med-tech shares, but the general malaise can't help, such as the debt problems of the U.S., Greece and Spain. Even good news does not seem to help, though. Take a look at what happened on Aug. 4. The Dow shed a lot of value over the impending analysis of employment numbers, and as of mid-day Aug. 5, gave no evidence that a solid jobs report helped at all.

For investors, it's a scared new world, and aggressive marketing strategies can quickly backfire. Medtronic might not have wanted to serve as an example of the hazards of off-label marketing, but the InFuse issue serves up a warning: If you make an implantable and you're going to venture into the off-label realm, be sure you track any and all adverse events and make sure you have plenty of analgesics on hand.