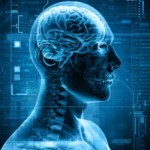 Reading last weekend’s Wall Street Journal review of “The Forever Fix: Gene Therapy and the Boy Who Saved It” I was struck by an anecdote. It’s about an interview the reviewer did with a scientist who works in the field of neuroprostheses, and that scientist’s refusal to talk about the possible practical applications of his work, because, he said, “false hope is a sinful thing.”

Really? To me, it seems like an inevitable part of hope is that it might be false.

To illustrate, I don’t hope that my neighbors will be nice to me, because it’s a sure thing. They are always nice. They are the best neighbors anyone could have. They have been unfailingly nice for years now. If I were still “hoping” that they will be nice the next time I see them, it would be as good a sign as any that it’s time to think about anti-anxiety meds.

Likewise, I don’t hope that my children will be well nourished. I have the money to buy them good food, the time and inclination to cook it, and the mean-mommy genes to make them eat it. Most nights, there’s going to be a healthy dinner, and hope has nothing to do with it.

Instead, what I hope is that my neighbors will live long and healthy lives, right next door. I hope that in feeding my kids well, I will lay a foundation for them to do the same thing for themselves once they are responsible for their own meals. Because those things might not come to pass.

Now, I understand the concept of a long shot. I understand it particularly well for neuroprostheses, which were once the subject of my own dissertation research.

That research may or may not end up ever benefiting a patient. But that was certainly what I hoped back then, and still do.

I mean, really. What else would I be hoping for as the long-term result of my work? That I might one day be able to remote control the family hamster? Of course it’s about hope for patients. I still feel that hope every time I read that another neuroprosthetic advance has been made.

Reviewer Carl Zimmer puts the quote, and the book he is reviewing, into context by using it to illustrate what analyst Jackie Fenn has termed the Hype Cycle. That cycle consists, basically, of inflated expectations of new technologies, followed by a crash when they have their inevitable setbacks, followed by a long slow slog to get the technology to do what it realistically can.

I agree with Zimmer and his unnamed neuroprosthesis researcher that there has got to be a better way of reporting about new technologies that are in the “gee whiz” part of the hype cycle, before they crash down into the “oh crap” stage. Rather than hyperbole followed by angry denunciations, those technologies need a balanced look, right from the beginning.

When writing about spectacular, but preliminary findings, it’s worth remembering, and conveying to readers, the spirit of a slide I saw at last year’s American Society of Clinical Oncology meeting: “If you’re a mouse with cancer, it’s been nothing but good news since 1965!”

But it’s also worth remembering another quote: “Hope springs eternal in the human breast.” That’s true – and as I’ve written about before, it means that if science refuses to give patients hope, they will go looking elsewhere. And leaving those who need hope to the ministrations of the quacks who are only too happy to recommend their own “cures,” with none of the reservations that most scientists have, seems like – well, like the greater sin.