The Public ROI from Drug Prices 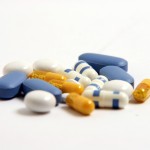 Biopharma is often the scapegoat for the escalating cost of healthcare, especially when it comes to the price of brand drugs. But since it’s hard to put a price on health and a long life, what gets lost in this focus on the bottom line is the public return on investment (ROI).

National Institutes of Health (NIH) Director Francis Collins made that case last week when he testified before a Senate appropriations subcommittee. “Due in large measure to NIH research [and better treatment], our nation has gained about one year of longevity every six years since 1990,” he said.

But it’s not just the quantity of life that’s improved, it’s also the quality. In the past 25 years, the number of older people with chronic disabilities has dropped by almost one-third, Collins said. The death rate from heart disease is 60 percent lower and incidence of stroke is 70 percent lower than it was three generations ago. And from 1992 to 2007, cancer death rates dropped 13.5 percent for women and more than 21 percent for men.

It seems to me that we’ve gotten a good deal for the money. However, to justify what could be seen as hefty prices going forward, biotechs are going to have to invest their R&D on products that will continue to deliver an impressive public ROI. Expensive me-too drugs just won’t cut it.